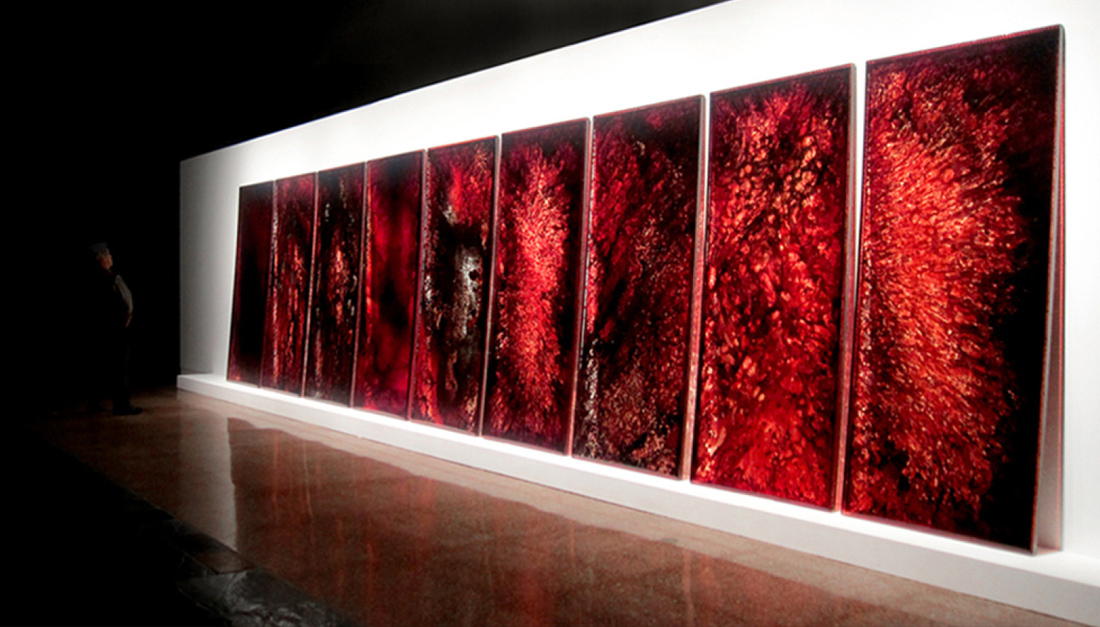 This article was selected as the winner of the 2016 DC Student Arts Journalism Challenge, an annual competition designed to identify and support talented young arts writers.

In his early twenties, Jordan Eagles said he tried to donate blood to a blood bank but was turned away.

The Food and Drug Administration ban men like Eagles from donating blood because the organization classifies them as “men who have sex with men,” a group the FDA says has a greater chance of transmitting HIV. But those who oppose the ban, such as the Gay Men’s Health Crisis organization, say scientists have dramatically improved testing for HIV in blood, making the ban unnecessary and a threat to global health since over 1 million lives could be saved each year if the FDA would allow the group to donate blood.

The FDA’s rejection of Eagles’ blood inspired him to create “Blood Mirror,” an exhibit currently on display at the Katzen Arts Center, which began Sept. 12 and will close Oct. 18. In 1983 the FDA instituted the exclusive policy, but this May, the FDA proposed a change that would allow MSM to donate blood after a year of celibacy. The exhibit stands as a protest piece against the FDA’s original policy and the proposed change. Eagles uses the blood of nine men who are unable to donate blood to illustrate his concerns about the legislation.

Before creating “Blood Mirror,” Eagles never considered using his art as a form of protest. While attending New York University in 1998, Eagles began exploring his spirituality by working with animal blood. He then learned about the preservation of blood and techniques to manipulate blood in his art.

While Eagles was partly motivated to create “Blood Mirror” after his experience trying to donate blood nearly 15 years ago, he was also motivated by history. In 2013, he showcased his art at an exhibition at the Mütter Museum in Philadelphia, and a Civil War exhibition was held in conjunction with his exhibition.

Eagles’ “Blood Mirror” exhibit consists of five parts. Upon entering Katzen, a large blood-soaked flag adorns the wall. A TV mounted on the wall plays a 44-minute video of interviews with the blood donors on loop. The 7-foot-tall “Blood Mirror” sculpture takes center stage, and viewers can see their reflection in the dark red panel filled with blood.

Eagles kept the waste from his project and built a secondary sculpture where he suspended everything in resin.

“Essentially, [this sculpture is] the garbage,” Eagles said. “If the FDA will treat us like garbage, we might as well make a sculpture out of this garbage.”

In another room, Eagles places several large panels of blood on projectors to illuminate all of the walls for the “Blood Illuminated” aspect of his exhibit.

Viewers can also check out a microscope containing a slide of the blood of all nine donors mixed together. Eagles said the piece represents the ability of science and technology to test blood for HIV. He believes homophobia may partly be behind the FDA’s discriminatory policy, but distrust in science also contributes to the FDA’s ban.

“We have a country that doesn’t even believe in global warming,” Eagles said. “There’s a discrepancy between what scientists tell us and what policymakers choose to put into action.”

Eagles started working on the “Blood Mirror” two years ago, and he describes the piece as a work in progress. The piece won’t be completed until the FDA changes its discriminatory policy, according to Eagles. He built the sculpture so that he could continue to add more blood to it, and, while it currently holds the blood of nine men, the art piece can hold the blood of up to 170 men.

Oliver Anene, an LGBT activist from Nigeria who is on political asylum in the U.S. and Loren Rice and Ty Spicha, a married transgender couple, serve as three notable donors.

Slate writer Mark Joseph Stern moderated a panel discussion on Oct. 6 that included Glenn Cohen, an Assistant Professor of Law at Harvard Law School who specializes in bioethics, Scott Schoettes, a Senior Attorney and HIV Project Director at Lambda Legal who lives with HIV, and Kelsey Louie, the CEO at Gay Men’s Health Crisis. Toward the end of the discussion about blood equality, Anene and fellow donor Howard Grossman joined the panelists.

“At the GMHC, we believe [LGBT people’s] rights are so important that we can’t settle [for the new policy],” Louie said at the panel. “We need to demand more, and the GMHC has a long and successful history of demanding more.”

The FDA has not contacted Eagles about his exhibit. Eagles and Katzen extended several formal invitations to the FDA to participate in the panel discussion, but the organization declined, and Jordan placed an empty chair with a placard saying ‘FDA’ symbolized this rejection.

“The dirty little secret is, I don’t think the FDA is actually concerned with HIV,” Schoettes said at the panel. “I think they’re concerned with the next big thing, and there is a belief that whatever that next thing is is more likely to propagate in the gay community.”

After the panel discussion, the Rock Creek Singers of the Gay Men’s Chorus of Washington, D.C. performed, and viewers were free to wander the exhibit.

“I really hope [after this panel] everyone has a renewed interest in the issue,” Anene said. “I feel there isn’t enough conversation on the [blood ban].”

Eagles said he wanted his showcase his exhibit in D.C. due to the location of the FDA and other policymakers in the nation’s capital.

“A voice in my head told me, ‘Jordan, if you do this project, you can make a difference, and you can raise awareness,’” Eagles said. “I have no experience with social justice work or community organizing, but I’ve been learning on the job.”

This April marked the 150th anniversary of the resolution of the Civil War, one of the major events in history that influenced Eagles. But his work emphasizes that the FDA’s policy still fails to grant equality in blood, despite over a century of technological progress. 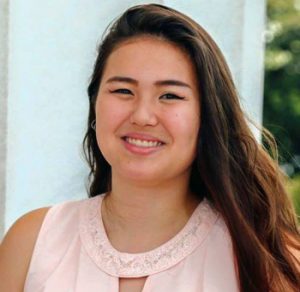 Adena Maier is originally from the California Bay Area and is now a sophomore majoring in International Studies at American University. Her specialization is environmental sustainability and international development, and she is particularly interested in Asia and the Pacific. She is the Arts & Entertainment Editor for The Eagle, American University’s student newspaper. She talks incessantly about pop culture, she loves dogs, and her journalism role models are Veronica Mars and Rory Gilmore.

You can read her work on American University’s The Eagle.