The word Bourgeon is French for ‘bud’, as in ‘a bud on the limb of a tree.’ Bourgeon’s mission, through our online publication and community initiatives, is twofold: to increase participation in the arts and to improve access to the arts. Bourgeon serves as a bridge-builder between contemporary artists and audiences. Read more about the magazine’s history here.

Bourgeon is a project of the nonprofit Day Eight. If you like the publication, please visit the Day Eight website and make a donation. Past support has been provided by private and foundation donors including the National Endowment for the Arts, the D.C. Commission on the Arts and Humanities, and the Humanities Council of Greater Washington. 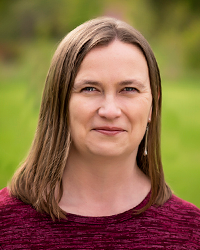 Serena M. Agusto-Cox, a Suffolk University graduate, writes more vigorously than she did in her college poetry seminars. Her day job continues to feed the starving artist, and her poems can be read in Beginnings Magazine, LYNX, Muse Apprentice Guild, The Harrow, Poems Niederngasse, Avocet, Pedestal Magazine, and Mothers Always Write, among others. An essay also appears in H.L. Hix’s Made Priceless and at Modern Creative Life, as does a Q&A on book marketing through blogs in Midge Raymond’s Everyday Book Marketing. She also runs the book review blog, Savvy Verse & Wit, and is the founder of Poetic Book Tours. 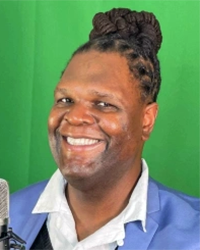 Jeffrey Banks, poetically known as “Big Homey” received his Masters in Divinity at Howard University. A regular fixture in poetry series in the DMV area, he’s had opportunity to perform with major entertainment figures, and is the recipient of artist grants from the DC Commission on the Arts and Humanities. A finalist in the 2018 DC Poet Project he’s also a poet educator and a fundraising and events consultant to non-profits. He’s taken opportunities to bring his artist activism as an advocate against homelessness and in 2019 his poetry was featured in the National Association for Poetry Therapy anthology. 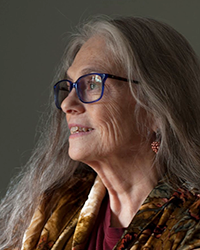 Anne Becker, the former poet laureate of Takoma Park, MD, is beginning her tenure as poet in residence at Pyramid Atlantic, a print-making and book arts studio and gallery in downtown Silver Spring, MD. She received an MA from the Writing Seminars, Johns Hopkins University, teaches at the Writer’s Center in Bethesda, MD and offers tutorials for poets putting books together. Her books include The Transmutation Notebooks: Poems in the Voices of Charles and Emma Darwin and The Good Body (chapbook). Since 2001 she has led a special poetry workshop, Writing the Body, for those who have experienced life-threatening or chronic illness as patient, caregiver or family member. 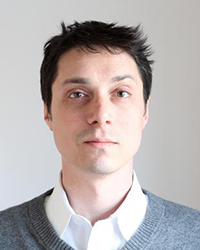 Robert Bettmann has contributed essays and features to Huffington Post, OvationTV.com, Washington City Paper, The DC Line, and others, and is program manager of Day Eight, a non-profit producer and publisher dedicated to participating in the healing of the world through the arts. He is author of the book Somatic Ecology: Somatics, Nature, Humanity and the Human Body (VDM, 2009) and editor of a number of books of poetry. He is founder and managing editor of Bourgeon. 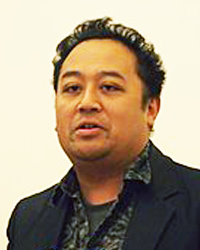 Regie Cabico is a Filipino American poet and spoken word artist. He has been featured on two seasons of Def Poetry Jam on HBO (produced by Russell Simmons) and has been called the Lady Gaga of spoken word. Cabico is a critically acclaimed performance poet who has won top prizes in the 1993, 1994, and 1997 National Poetry Slams. His poetry appears in over 30 anthologies including Aloud: Voices from the Nuyorican Poets Café, Spoken Word Revolution and Slam. Regie is recipient of three New York Foundation for the Arts Fellowships for Poetry and Multi-Disciplinary Performance. A regular performer at the Nuyorican Poets Cafe and the Bowery Poetry Club in New York City, he was artist-in-residence at New York University, and De Anza College. He directs CapFire Spoken Word Arts in Washington, DC. 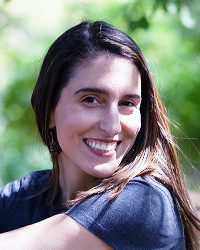 Sarah Katz’s Sarah Katz is the author of Country of Glass (Gallaudet University Press, May 2022.) She holds an MFA in creative writing from American University. Her poems appear in Bear Review, District Lit, Redivider, Hole in the Head Review, RHINO, Right Hand Pointing, Rogue Agent, the So to Speak blog, The Shallow Ends, and Wordgathering, among others. Her essays and articles have appeared in The Atlantic, Business Insider, The Guardian, OZY, The Nation, The New York Times, The Rumpus, Scientific American, Slate, The Washington Post, and other publications. Sarah is Poetry Editor of The Deaf Poets Society, an online journal that features work by writers and artists with disabilities. 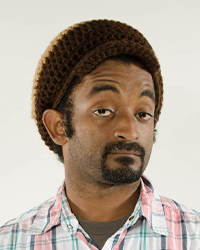 Dwayne Lawson-Brown, aka the “Crochet Kingpin”, is a DC native poet, activist, breakdancer, and fashion designer. He is one of the hosts of DC’s longest running open mic series, Spit Dat DC, as well as poetry host captain for Busboys and Poets (450K location). In addition to featured readings at every Busboys and Poets location, SAGAfest Iceland 2015, Spirits and Lyrics NYC and Manassas, Woolly Mammoth Theater, and the C2EA “We Can End AIDS”, Dwayne’s short form poetry prowess led him to win the Best Haiku Award at the 2011 National Underground Spoken-Word Poetry Awards (NUSPA). His work to increase HIV awareness through spoken-word garnered recognition from the Congressional Black Caucus Foundation, BBCAmerica, the Discovery Channel, and The Washington Post. When not documenting his life through poetic meter he can be found on the metro making scarves and hats, or singing karaoke. 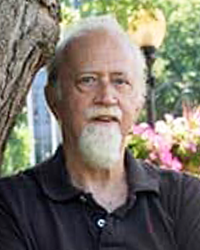 Gregory Luce is the author of the chapbooks Signs of Small Grace (Pudding House Publications) and Drinking Weather (Finishing Line Press), and the collection Memory and Desire (Sweatshoppe Publications). His poems have appeared in numerous print and online journals, and in the anthologies Living in Storms (Eastern Washington University Press) and Bigger Than They Appear (Accents Publishing). He lives in Washington, D.C. where he works for the National Geographic Society. He is the 2014 winner of the Larry Neal Writers Award, awarded by the DC Commission on the Arts and Humanities.