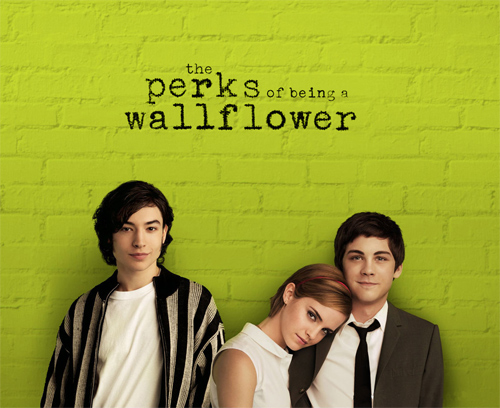 The transition from book to the big screen is one widely feared by authors and audiences, as movies almost universally fail to live up to their printed predecessors. Proving the exception to this rule, The Perks of Being a Wallflower shines in the film adaptation of this coming-of-age tale, bringing heart and a star-studded cast together to capture the emotional roller coaster that is growing up.

The successful adaptation of Perks is due in large part to the atypical position of Stephen Chobsky, who served as director, screenplay writer, and author, as well as inspiration for the story’s central character, Charlie. In a question-and-answer session about the film, Chobsky explained the decision to direct his own work. “It was so personal, I couldn’t just sell it to Hollywood.”

Though Chobsky’s connection to the story could have crippled the adaptation, his ability to distance himself from the story in the 10 years he took between writing the novel and the screenplay came together seamlessly in this production, which he described as “the greatest artist experience of [his] life.”

Fiercely personal but universal in its depiction of growing up, Perks captures its audience with Charlie’s moving but winsome tale of fitting in and finding himself during his first year of high school. Framed through a series of letters to an unnamed but supportive source, who is addressed simply as “Dear friend,” Perks maintains a strong first-person narrative, impressively staying true to the book’s perspective.

Perks begins as Charlie (Logan Lerman) enters his freshman year, both trying to move beyond a bad place and to survive the 1,800 days of high school. Identifying as a “wallflower” because he watches life from the sidelines, Charlie soon falls in with a group of outliers, led by step-siblings, Sam (Emma Watson) and Patrick (Ezra Miller). Together they draw him out from his precarious position witnessing life go by and into their inner ring, where he learns to “participate,” even if that means trying everything from pot brownies to performing in the “Rocky Horror Picture Show.” This theme, which carries throughout the movie, leads to one of the most warming scenes of the film, where standing on the outskirts of the gym at

homecoming, Charlie head bops his way to the center of the dance floor to join Sam and Patrick as they comically perform a dance routine to “Come on Eileen.”

As Charlie is quickly subsumed into this group of misfits, led by the beautiful but troubled Sam, who doesn’t think she deserves to be loved, and class-clown Patrick, who struggles with a boyfriend who won’t admit his sexuality, Perks might seem on par with an ABC Family original movie overflowing with every adolescent issue imaginable—an opinion only compounded by Charlie’s ultimate revelation of being sexually abused.

Yet, in overcoming this propensity for melodrama, Lerman, Watson, and Miller astound with incredible performances that bring both innocence and intensity to their characters in a way that makes their every struggle and triumph come alive. As a result, this trifecta of actors undoubtedly succeeds in recalling the singular struggle that is growing up while simultaneously making the audience root for their every success.

An honest role that encompasses the entire high school experience from the mundane to the extraordinary, Lerman’s portrayal of Charlie impresses not only for its candidness but also for its range as Charlie navigates school dances, parties, an LSD trip, his first kiss—with a girl and boy—all culminating in a sweeping breakdown that lands him in a mental hospital. Alongside Watson and Miller’s leading roles, an eclectic cast of minor characters, from Charlie’s parents (Dylan McDermott and Kate Walsh), to his sister’s boyfriend, Ponytail Derek (Nicholas Braun), to his English teacher (Paul Rudd) make Perks a collection of comical but identifiable lifetime moments.

A stellar soundtrack brings these scenes to life as Chobsky succeeds in capturing “a timeless nostalgia,” which is, for him, what makes this coming of age story stand the test of time. This feeling is best captured in bookend scenes where first Sam, and then Charlie stand in the back of Patrick’s pickup truck as he speeds through the tunnel at night, the city lights sparkling around them. It is this instance, as Charlie explains in his last letter, “This one moment when you know you are not a sad story. You are alive. And you stand up and see the lights on the buildings and everything that makes you wonder and you are listening to that one song on that drive with the people you love most in the world and in this moment, I swear, we are infinite.” 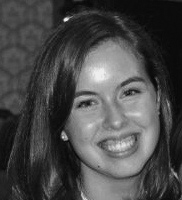 Mary Borowiec hails from Summit, New Jersey. As a senior at Georgetown University, she is studying History and Spanish–she is currently studying at the university in Sevilla, Spain. She has worked for Georgetown’s weekly news magazine, The Voice, since freshman year and last year served as the editor of the Arts and Leisure section. At Georgetown, she has also been involved in undergraduate research and a literacy and mentoring program for local youth.