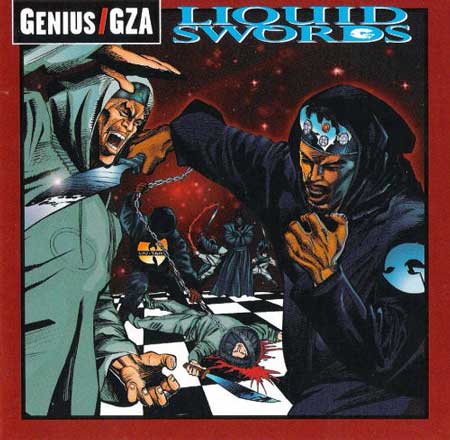 On a wispy evening last October, my housemate and I went to see GZA perform his magnum opus Liquid Swords in full at D.C.’s swanky Howard Theater. I wasn’t the only one with high expectations. The crowd’s hunger escalated with Killer Mike slaying his opening set, pulling out perfectly punctuated showstopper moves, pouncing directly into the crowd, taking drags from a carrot-sized blunt and passing it around for all to inhale. He closed out by simply dropping the mic and disappearing behind scarlet curtains before you could even say “damn”.

That said, I couldn’t imagine what sort of antics GZA would pull during his set. The gun was cocked. But then… GZA never pulled the trigger. He strolled onstage blank-faced, an expression that didn’t change for the 40 or so minutes he performed. He immediately jumped down into the crowd, as Killer Mike had, for Liquid Swords’ opener and title track “Liquid Swords.” He immediately handed the microphone off to an anonymous member of the crowd. It was cool at first, even appropriate seeing people duke it out for “Duel of the Iron Mic.” But instead of slinging rhymes, a stone-faced GZA handed off the mic consistently, barely muttering.

When he did take it back, he kept reminding everyone to “YouTube this shit” and Instagram the moments he brandished a mic in everyone’s face. With 40 iPhones all blinking at once, it felt like performance art and a publicity stunt combined. Was Wu-Tang’s purist in there somewhere, the one I had come to see perform? Where had the prowling Genius gone?

I thought about the value of performing “seminal” albums in full, as opposed to performing newer material, long after the curtains drew to a close. Are tours to perform albums in their entirety misguided — fans own the albums anyway — and more of a PR stunt to enliven an artists who may have hit a lull? Or are the full album tours giving in adoring fans’ demands?

My freshman year of college, Pixies sold out two consecutive nights to perform Doolittle at D.C.’s colossal D.A.R. Constitution Hall. I didn’t go — tickets clocked in at a steep $60, and at the time I was attending every campus club event I could find in search of a free meal. Why pay that much to hear an album performed when I own a vinyl copy, and could just listen to that? Ticket prices for full album tours often rake it handsome profits, but are exorbitantly expensive for audiences.

If I were going to experience Doolittle live, the moment would have probably been as a college student in the late ’80s and early ’90s. Sure, I was born too late to see Pixies in their heyday, but I’m pretty sure “Gouge Away” wasn’t meant to be performed in front of a seated audience of 3,700 people. If Pixies were to get back together now, I’d say there’s more value in what an older, stranger Black Francis has to say at this point in his life than him cranking out “Debaser” yet again.

As years pass, musicians’ sensibilities and mindsets inevitably shift. Growing out of songs isn’t uncommon. Much of the brilliance of bands’ piece de resistance albums, from Doolittle to Damaged is due to the perfect (albeit unpredictable) marriage of timing and place. The divine unsettlement of Liquid Swords too stems from GZA spitting about what was immediate and important to him in 1995. In his case, gritty street tales of hustling and growing up in inner city Brooklyn.

When GZA sleepwalked through Liquid Swords he not only sounded disinterested, but also plain spent. The grueling tour circuit inevitably wears on artists, especially when they’re performing from the same album that propelled them to glory. And at this point, he’s probably performed “I Gotcha Back” tens of thousands of times.

Nick Cave is currently touring to promote the latest Push The Sky Away, along with his band The Bad Seeds (it hits NYC”s Beacon Theatre next Thurs. and Fri.). On the tour circuit, the Bad Seeds have hit SXSW, something older and well-established bands don’t do too often unless they’re insane (here’s looking at you, Wayne Coyne). I could harp on the demise of The Birthday Party, disbanded in 1973. But there’s more room for an audience to be floored if Cave performs from his latest, more a testament to his band’s growth than if he were to perform, say, 1985’s From Her To Eternity in its entirety.

The magic of seeing a band live lies in the spontaneity we can’t pick up on our home speakers, amplifying the love for those formative albums. I can’t listen to Dummy without it still resounding with the bittersweetness of an old friend’s footsteps walking away, or Exile On Main Street without thinking of how it sometimes hurts to breathe in so much sky when driving through my home state of Texas. Instead of performing Dummy, an album I can hum by heart, I’d find it far more compelling to see Portishead work to craft a careful set list. Maybe they’ll pull favorites like “Sour Times” as well as b-sides, or even a cover in between to both engage and inspire audiences.

Right now, we’re at a pivotal point where the industry has to rapidly adjust to increasing interconnectivity and the ability for anyone to make music. Bands have a choice: they can either dust off decades-old albums. Or they can use their artistry to continuously revamp their live performances, continuously finding alternative ways to win the hearts and minds of audiences. 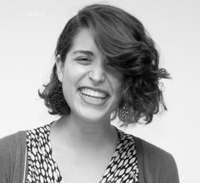 Paula Mejia is a student at George Washington University, where she is currently enrolled in a 5-year BA/MA program in English and Creative Writing. She is currently an Editorial Intern at SPIN Magazine in New York, where she also writes. In her spare time, she freelances for various arts and culture publications, both in print and online, including The Village Voice, Consequence of Sound, Time, Washington City Paper, FILTER and others. She is interested in bridging further connections between music, identity and technology in today’s ever-shifting media landscapes.