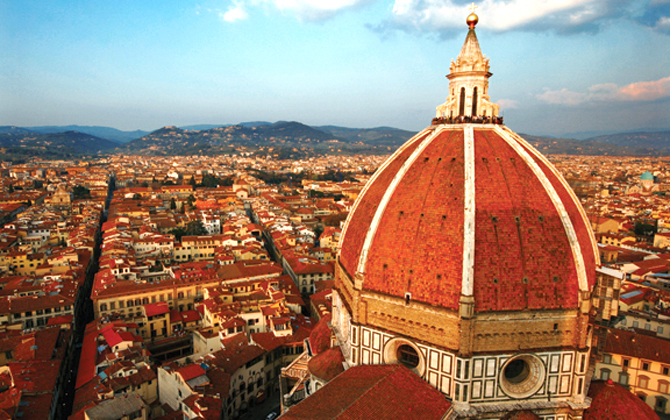 This article was selected as a finalist in the 2012 DC Student Arts Journalism Challenge, an annual competition designed to identify and support talented young arts writers.

Art speaks. It transcends language barriers and, to put it in the most trite way possible, has its own language. A universal way of using emotion, color, form, texture, and other nonverbal methods to communicate with every individual that stands before it.

Many people would agree with this. Others would not.

The art connoisseur stands before a painting at the Musee D’Orsay may stand in his or her black turtleneck, wearing his or her Jolly Rancher-colored, thin-frame glasses, with his or her arms crossed. The person next to him wears a lime-green fanny pack, jeans, blindingly white sneakers and a scrunchie, metro maps and guidebooks spilling out of his or her back (high-waist jean) pockets. Approaching is a university student who is studying abroad for the semester in Galway, Ireland. The man who now moves on to the painting to the group of strangers’ right holds his four-year-old daughter’s hand and says, “And this, here, is Sisley. Alfred Sisley.”

This all takes place, however, in the same, elongated hallway that showcases the classic, renowned works of the impressionist masters. People come from all of the world to see them. Thus, it’s no surprise that there are tourists from Texas, Parisian locals, and university students taking advantage of their discounted entrance fees. This is Paris. This is Monet.

There is, however, another especially unique exhibition of art that draws diverse crowds and perspectives and outfits. It’s not the Uffizi Gallery, nor the Pitti Palace. The omnipresent Medici’ family has somehow failed to stamp their seal of commission on these works. Instead, it is organized by Americans in Florence, and materializes twice a year, at the end of each academic semester, in a little piazza called the Piazza Donatello, forty minutes away from the herds and gelato stands by the Ponte Vecchio. And the people you find there – the ones who stand before the works, arms closed, child in hand, university sweatshirt on, with a scrunchie in their hair? They’re all there. And they all speak different languages. Yet here, they also manage to speak a common language – this language of art.

This is the student exhibition put on each semester by Syracuse University’s study abroad program in Florence, Italy. Each sketch, photograph, painting, sculpture, and mosaic is inviting in its own way. It tells its own story – the story of a foreigner’s overall experiences in a foreign land, with foreign people, for four months. The oil painting of the purple down jacket represents the artist’s awful impossibility of masking her American identity in a land that she just wanted to blend in; the series of sketches that had manipulated clear detail and blurring communicated how the artist had appreciated Italy’s love for expression, passion, and candidness. They are all beautiful works. However, this is not what makes this exhibition so incredibly particular.

Instead, the exhibit in Piazza Donatello draws such vastly different crowds, all of whom come from different worlds; the student, him or herself, awkwardly stands at the snack table as the viewers circulate each room, scaling the walls up and down and left and right. The professors – people from San Francisco, Germany, and Tuscany, cheerily engage with the American parents who are visiting their child for the week. The Italian host families come dressed in their corduroy jackets and puffy coats (even though it’s 70 degrees outside), and even some of the more curious Italian individuals filter in from the surrounding piazza weave in and out of the studios, as well. It’s a mixture of languages, of clothing styles, of sentiments: curiosity, shyness, pride, excitement. And it’s all happening at once.

One girl has painted a series of paintings of her grandmother, a woman from Tientsin, China, who had passed away while the artist had been studying abroad. She had spent ten hours straight in the studio for her first: a rub-out painting of a 1935 photo of her grandmother as a child, the second a stale, hurried dinner setting at a nursing home, and the third, a steaming cup of green tea sitting next to a framed photo of her grandmother’s puckered up face. The girl’s mother had been visiting from New York, and stood still with quiet tears, laying a hand on her daughter’s shoulder. When the Italian mother walked in, stood before the three paintings and broke into an explosive sob, nestling her head into the artist’s arms and squeezing her tight. The student’s peers – the ones who had been there as she had received the news and had witnessed her therapeutic use of brushes and paint, all bowed their heads in approval.

It was a mutual understanding of the strength of love and memory. It was a communal ode to the works and to its subject; in that instant, everyone knew the student’s grandmother. Everyone appreciated her. They were silent, yet had all met in the same moment, same point in the intangible universe of humanity. Italian, American, professor, student, passerby…however different they may have been, they were linked.

This is what makes art incomparable; there is nothing else that exists that can speak so loudly and so universally. There is no other medium that can say nothing and yet say everything the way that art succeeds in doing. And it doesn’t have to be the work of Monet; the work of an Introductory Painting student can tell his or her story through brushstrokes and color and attention, moving people from all walks of life. And that is the power, the great poignancy of art: its ability to create such a beautiful commonality among all of us, as one people.

Mimi McCormick is a senior at Georgetown University but grew up in Rye, NY. She is majoring in English, and minoring in Italian and Studio Arts. In her spring semester of junior year, she spent 4 1/2 months abroad in Florence, Italy, where her passion for all three of her concentrations at Georgetown flourished even more. After graduation, she hopes to return to Italy to continue her studies of art, Italian, and journalism, and to reunite with her host family.