Seeing Red: A review of Sarah Kaufman’s review of Guangdong 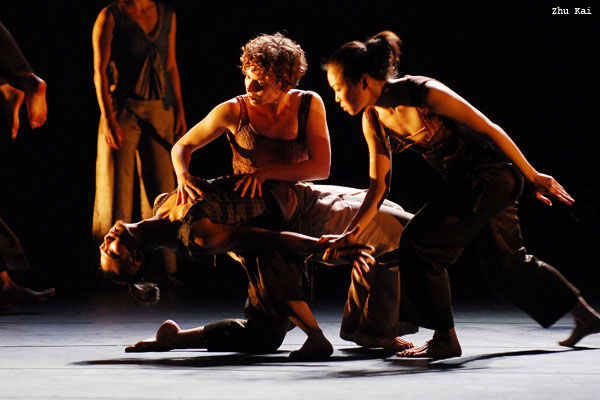 Sarah Kaufman’s review of the performance “Other Suns” (‘Suns’ revolves around hopes for a changing China, Oct. 31 2009), a co-production between San Fransisco-based Margaret Jenkins Dance Company and China’s Guangdong Modern Dance Company, revealed a shallow understanding of Chinese culture. While her criticisms of the piece were valid, she made an inappropriate leap in her generalizations about how Chinese culture and society as a whole were responsible for those failures.

I agree with Kaufman’s assessment that the Guangdong Modern Dance Company’s (GMDC) section of the trilogy lacked emotional commitment and consisted mostly of pretty movement by nice technicians. However, Kaufman blames Chinese society for the dancers’ lack of expression, quipping “Expressiveness isn’t easy in a society where individual freedoms are still dodgy.”

The performers’ lack of depth resulted not from China’s Great Oppressive Society — a hackneyed cliché which articles like Kaufman’s only help to sustain — but from the same immaturity found in young dancers in any country. The six GMDC dancers on the Clarice Smith Center stage in October are some of the company’s youngest. The dancer bios in the program reflected that most of these performers had joined the company within the last two years. Due to the project’s limited budget, the full company was not able to participate in the US tour. Half of the company, in fact the more mature and experienced dancers, were performing other GMDC repertoire in Europe and Taiwan.

This past July I had the opportunity to enjoy the GMDC section of “Other Suns” performed with the full company in the annual Guangdong Modern Dance Festival in China. In contrast to the version we saw here, that performance of this same piece contained an admirably deep level of commitment and energy. If Kaufman’s goal was to write a more encompassing article about the larger topic of modern dance in China, she could have researched footage, easily available on YouTube, of other GMDC works like “Upon Calligraphy” or works by other modern dance companies in China like the Beijing Modern Dance Company. If she had, she would have found performances of profound expressiveness and emotional depth by performers like Ma Kang, Xing Liang, Tao Ye, and others. 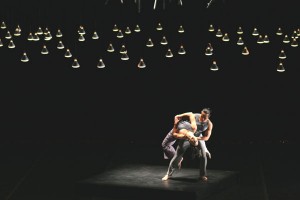 Kaufman asserts that the performance made her consider “the challenges of teasing capitalist narcissism out of a culture of collectivism,” and that this is somehow a prerequisite for better modern dance in China. Not only does this draw a fallacious connection between one dance performance and all of Chinese culture, it also reveals an inaccurate understanding of that culture. Since the establishment of the one-child policy and with rising affluence in larger cities, China in fact is now experiencing what some academics call the “Little Emperor” phenomenon. When asked their goal in life, most young Chinese professionals from this “spoiled” generation will tell you point blank: “To make money.” China today is a culture of capitalist narcissists. This is not what was lacking on stage. Capitalist narcissism does not make good modern dance; experience and maturity do.

The rigors of dance training often produce technical masters who are emotionally vacant, but this phenomenon is not unique to China. Young western dancers can be equally uninteresting to watch as they show off flashy technique before they have gained the depth of expression found in mature performers. Had GMDC’s “A-team” been on stage at the University of Maryland and not on tour in Germany or Taiwan, we would have seen more of these moments from the Chinese side of the co-production. Kaufman’s analysis does a disservice to American understanding of contemporary China, and Chinese contemporary dance.

Alison M. Friedman is the founder/director of Ping Pong Productions (www.pingpongarts.org) which brings together Chinese and international performing artists, scholars and audiences for creative collaboration and exchange. She was International Director of the Beijing Modern Dance Company from 2005 until 2008 when she was hired by Oscar-winning composer Tan Dun to be General Manager of his company Parnassus Productions, Inc. The leading expert on modern dance in China, Ms. Friedman came to Beijing in 2002 on a Fulbright Fellowship to research the development of modern dance in the Middle Kingdom. In addition to lecturing on the art form in both China and abroad, she has conducted research for the Royal Netherlands Embassy and the Asian Cultural Council, and her writing has appeared in Dance Magazine (USA). She has worked as consultant for the US Embassy in China, Columbia University, the Alvin Ailey American Dance Theater, as well as other overseas dance and theater companies touring the Middle Kingdom. From 2003-2005 she hosted a live music program on China Radio International (CRI), China’s largest government-run radio station.