Local Work (or not so local) by Jessica Hirst 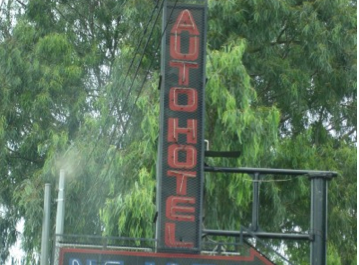 After choreographing, teaching, dancing and performing in the DC area for six years I came to live in Managua, Nicaragua at the invitation of my partner, Otto Castillo.

Talk about a different working environment. My first several months we kept running out of water. We had to choose between taking a shower or washing the dishes. Now we have an alternating schedule of blackouts, one week no juice from 2pm to 7pm, next week dark from 5pm to 11pm. Most dance and aerobics classes take place on concrete or uneven, unfinished, untouched-since-the-revolution-when-the government-cared-about-culture wood floors. Then there are the mosquitos, the upset stomachs, the piropos (catcalls), the horrendous roads, the corrupt traffic police (they took my Maryland license because I wouldn’t pay up), the corrupt ex-revolutionaries, and, of course, the intense heat, uninterrupted by air-conditioning. My friends and family in the states can’t understand why I want to be here. Let me explain.

Nicaragua has become my space to try anything. I am free of whatever pressure I felt in Washington to succeed, to fit in, to not fit in, to be liked by the right powerful people, to show up on time. I have been discovering that I am less a choreographer-dancer and more a multidisciplinary artist who likes to move her body. I am still performing, more with images and actions than choreographed movement. My fascination with site-specific choreography has morphed into Nicaragua-specific art.

There is no such thing as garbage here. Anything with metal in it – old broken car parts, household appliances, teeth – can be resold. I started making earrings out of bottle caps, corks, keys, and wooden clothespins. While recycled fashion is chic in the US, here it is shocking to see a chela (white girl) with garbage hanging from her ears. Lately more people have been asking where they can get their own, which I take as a good sign.

The amount of child sexual abuse here is staggering, as is the Sandinistas’ crass decision to curry favor with the Church by outlawing all abortions, even when the pregnancy is the result of rape or the mother’s life is in danger. I kept imagining pregnant little girl dresses hanging on a clothesline. I made a performative installation that incorporates the dresses and macho futbol (soccer) slang for sex. The National Network of Women Against Violence invited me to show it in front of the Supreme Court and at National Women’s Day. The companion piece, which I have performed in Costa Rica and Tijuana, is an homage to Yoko Ono’s Cut Piece, in which she invited the audience to cut her dress off of her. In my piece I wear a little girl-style dress and recite a litany of cases, statistics, and commentary on child sexual abuse while people cut my dress. The air gets very charged, and the piece takes on a ritual quality. For some people, including abuse survivors, it is therapeutic, for others it is disturbing to be confronted with this part of their reality.

One of my least favorite cultural institutions here is the Auto Hotel. Auto Hotels are designed expressly for covert sexual encounters, and they’re everywhere. When you drive into an auto-hotel an attendant waves you toward a very tight enclosed parking space. He closes a huge curtain behind your car. Inside you find a bed, condoms, a TV that only shows bad porn, a wooden suggestion box, a bathroom, and towels embroidered with the hotel’s name. In one place we saw playground/workout/torture equipment for more exotic sex. We stole the helpfully framed cartoon instructions for ‘the many positions you can enjoy’ on this jungle gym, in addition to the towels and the suggestion box. One last bit of brilliance on the anonymity front: you interact with the hotel staff through a wooden box in the wall, so they never see you. We ordered rum and soda and they delivered it through the box.
I made a performance piece in which I engage the audience as a gringa archaeologist studying the sexual behavior of Nicaragua in the 21st century. The audience seemed to find it hilarious, especially since it featured a bumbling, self-deprecating North American.

There was one genuine suggestion in the box when we took it from the Auto Hotel, and I asked the audience to submit their own guesses as to what the suggestion was. The correct answer was not titillating on the surface, but look beneath and you will find implications of a dark and dangerous world: ‘Please remove the outdoor lighting on the entry from the street’.

I doubt I will return to pure choreography, and that´s OK. I was always supremely frustrated alone in a studio trying to make movement.

Jessica Hirst is a multidisciplinary artist who lives in Managua, Nicaragua, and Washington, DC. In Managua she lives with her partner, artist and psychologist Otto Castillo, and her dog, Benedicto the 17th. 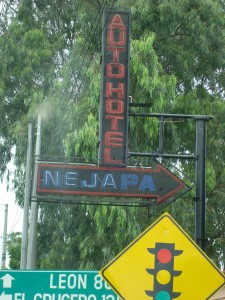