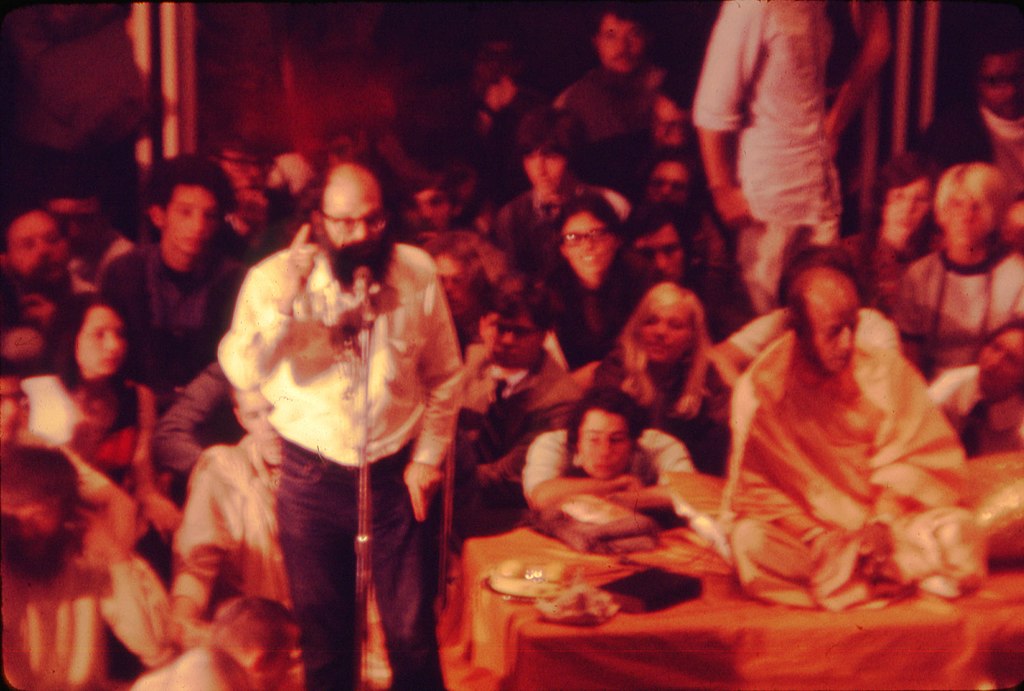 Dear Allen Ginsberg, no angelheaded hipster am I,
nor have I ever seen those staggering Mohammedan angels–
not in my deepest swirling dreams.
Some life force always drew me back from the brink,
before plunging that angry needle in my arm.

Like you, Allen Ginsberg, Jewish blood pulses in my veins,
and traces of Hebrew prayer linger in my brain.
Aleinu leshabeach la’adon hakol. Our duty to praise.
Yet I am a stranger to the synagog, and bare my head to the sun.

I should mention, too, Allen Ginsberg, that I am straight,
maybe with more authority to say it than most men.
Because when I got in bed with Carl, that night when we were nineteen–
me, with the scene flickering in my mind of handsome Alan Bates
and brawny Oliver Reed, stripped naked, wrestling before the fireplace –
we, too, were naked, Carl and I, shoulder to shoulder, hip to hip—but
I could not get it up for him. What was I thinking?
Sweet Carl, you were my closest friend,
before you were lost to AIDS–still–on our precious night
I could not even touch your hard little penis.

But so what, Allen Ginsberg. You still move me to tears, reading
that poem about you and Jack in that dead gray Frisco rail yard.
You showed me the golden sunflower in the shadows of my tattered heart.
How I want to sing like you, even in my own rusty voice.

Aleinu, my duty to praise.
Which is why I write this for you.

Alan Abrams was born in Washington, DC. Now that his beard is white, he lives a far more sedate life than when he was annoying his neighbors with his loud motorcycles. He ought to write more, but when he does, he produces something akin to poems–a few of which that have been published, apparently by very needy journals. His style–if you could call it that–is simple, direct, and conversational. Sort of like at the pub, sitting next to a blabbermouth whose had a few too many.