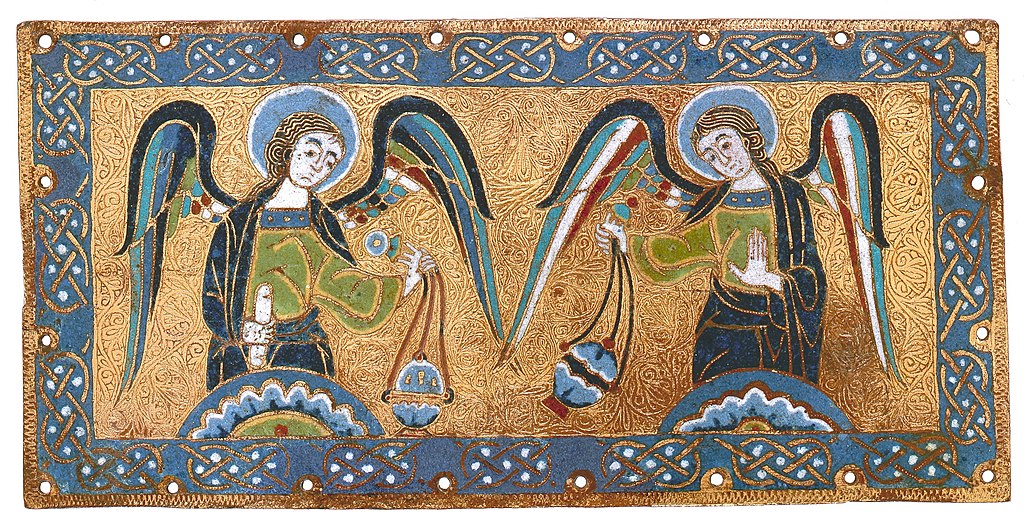 that the typical lightning bug
was simply the twinkle
in an angel’s eye, the only part

of our guardians God allowed us
to see, and in the small
classroom where we learned

sister Judy sat with their cat,
the butter-colored Puff,
all this seemed right and good.

Later in the season of the lawn
sprinkler and popsicles,
we’d wait in the dark

as milk and as disclike
as a sugar cookie, we looked
for those little creatures

that glittered with irresistible
flickers of green and gold light.
Yet sometimes we just sat

or if some were on vacation
while others stopped by
as part-time bugs.

The gate is open, the pebbled path
between weathered stone walls, old,
and Mother is walking away.

In the middle distance,
a chiseled-brick archway
over a lane that’s long been dusty

as no wind has come along
lively enough to sweep back
and forth between the aged houses.

Mother’s a tourist in this region
where, if a person said Yes
in the vernacular of troubadours

and radically Christian Cathars
rather than in the Parisian patois
used by invading northern nobility,

she might’ve been marked for death,
along with entire families and towns,
slain by bonfire or the sword.

Mother’s been able to say Yes
in a handful of languages.
Yes, to a marriage, to children

and to a dynamic accumulation
of days and, lately, Yes
to whatever waits ahead.

are nowhere in view. Only the walls,
the open gate and the path on which
Mother is walking away.

The Last Word
after Jack Gilbert

When the angels came, he was working
on the Sunday crossword puzzle.
He’d filled in “apple” for forbidden fruit
and, down from the first letter,

penciled in “agape” in the squares,
then stopped, caught more off-guard
by the incongruous intersection
of greed and ungrudging goodwill

than by the two sinewy, winged figures
who looked like extras in a Zeffirelli film.
All he asked was could he continue
the puzzle. Both angels shrugged

so he took up his pencil again.
The two drew near, leaned over him,
close enough for him to discern
the faint scent of his favorite flowers,

lilies of the valley, those delicate bells
that never ring. Hemingway, one said,
pointing toward a five-letter space.
Donne, the other countered dryly.

“But I have so much more to finish,”
the man mewled, showing them
a baffling expanse of vacant spaces.
By the time he put down the final

letter, the sky had given its last
rosy show of the day and the man
said he would slip on his sweater.
When the angels led him toward

a brightness, he tried to let go,
arguing, “I don’t know if I gave
the right answers.” No one does
was the angels’ reply.

Lenny Lianne was born in Washington, DC, and spent over forty years in the “A” suburbs of Northern Virginia: Arlington, Annandale, and Alexandria. She holds an MFA in Creative Writing (Poetry) from George Mason University and her poems have appeared in regional, national and international journals and anthologies. She’s taught the writing of persona and ekphrastic poems as well as the ode in workshops on both coasts. One of her poems was chosen by Dorianne Laux as a finalist for the 2021 Steve Kowit Poetry Prize. Lenny lives in Arizona with her husband and their dog.