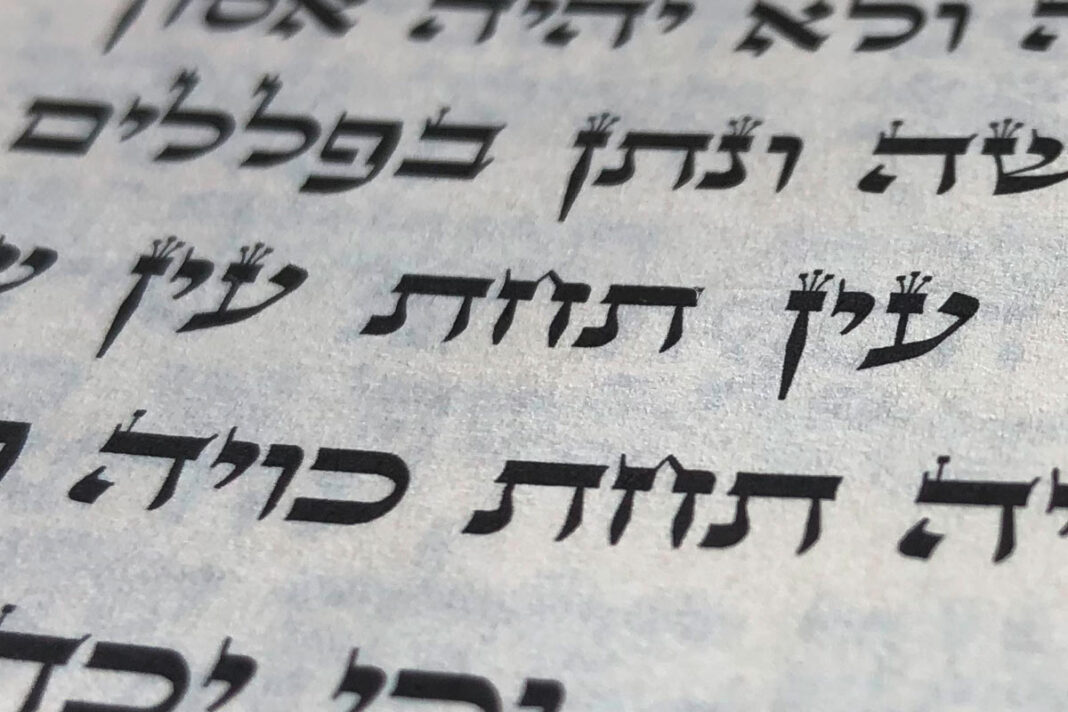 A security guard follows me
while I visit Lalla Essaydi’s photography,
paintings, and multimedia art exhibit in DC,

with close pursuit in latticed space
he asks me what these harem girls mean
Odalisques? with all the writing on their bodies,

if I think they’re pretty, lying there seductively,
even if a little angry in the face
how do I like her pose?

They’re better in the gallery
down the street, he goes on, you know the ones
typically shown

not by this Moroccan woman
who forgot to take off
all their clothes.

I: In the Doors


Rendering nothing
and everything

III: History of the Bible – Translation

To solve Biblical translation
millennia of speech-to-page transit
though history geography politics linguistics
Draw a line, peel a pomegranate,
Merely spin the wheel to assign
any indigenous idea from the ends of the earth
to the correct English designation

Display The Woman’s
Bible closed. Too dangerous
to read, or open.

VI: Stories from the Bible – Animation

An immersive experience:
Eve dances naked until pregnant
Hagar is absent while Sarah dissolves
Deborah brandishes a knife in flames
accomplices Jael and Barak behind
Orpah, darker than Ruth, has no name
Naomi matchmaker presides
Bathsheba conspires to become queen
There are eight women in the Bible

V: History of the Bible – Biblical Names
Naming is an act of love
Forgetting tribes conceived in strife:
son of my sorrows, judgement, my struggle
or a woman who named herself bitter

VI: Stories from the Bible – Animation
An immersive experience:
Eve dances naked until pregnant
Hagar is absent while Sarah dissolves
Deborah brandishes a knife in flames
accomplices Jael and Barak behind
Orpah, darker than Ruth, has no name
Naomi matchmaker presides
Bathsheba conspires to become queen
There are eight women in the Bible

Use magnets to guide
Joshua’s spies [to the brothel]!

A ball toss game:
Maim “enemy combatants”
before you cut off their heads!

Pose for pictures as [terrorist] Samson,
about to kill [civilian] Philistines at a party!

VIII: Stories from the Bible – Theophany

Did you hear the voice—
the voice under the voice—
a woman’s
speaking from the burning bush?

Elisabeth Mehl Greene is a writer and composer working in the DC area. She is the author of Lady Midrash: Poems Reclaiming the Voices of Biblical Women, and was the founding editor of Untold Volumes: Feminist Theology Poetry. Her work appears in VoiceCatcher, Mizna, Journal of Feminist Studies in Religion, and the anthologies Erase the Patriarchy and District Lines IV.