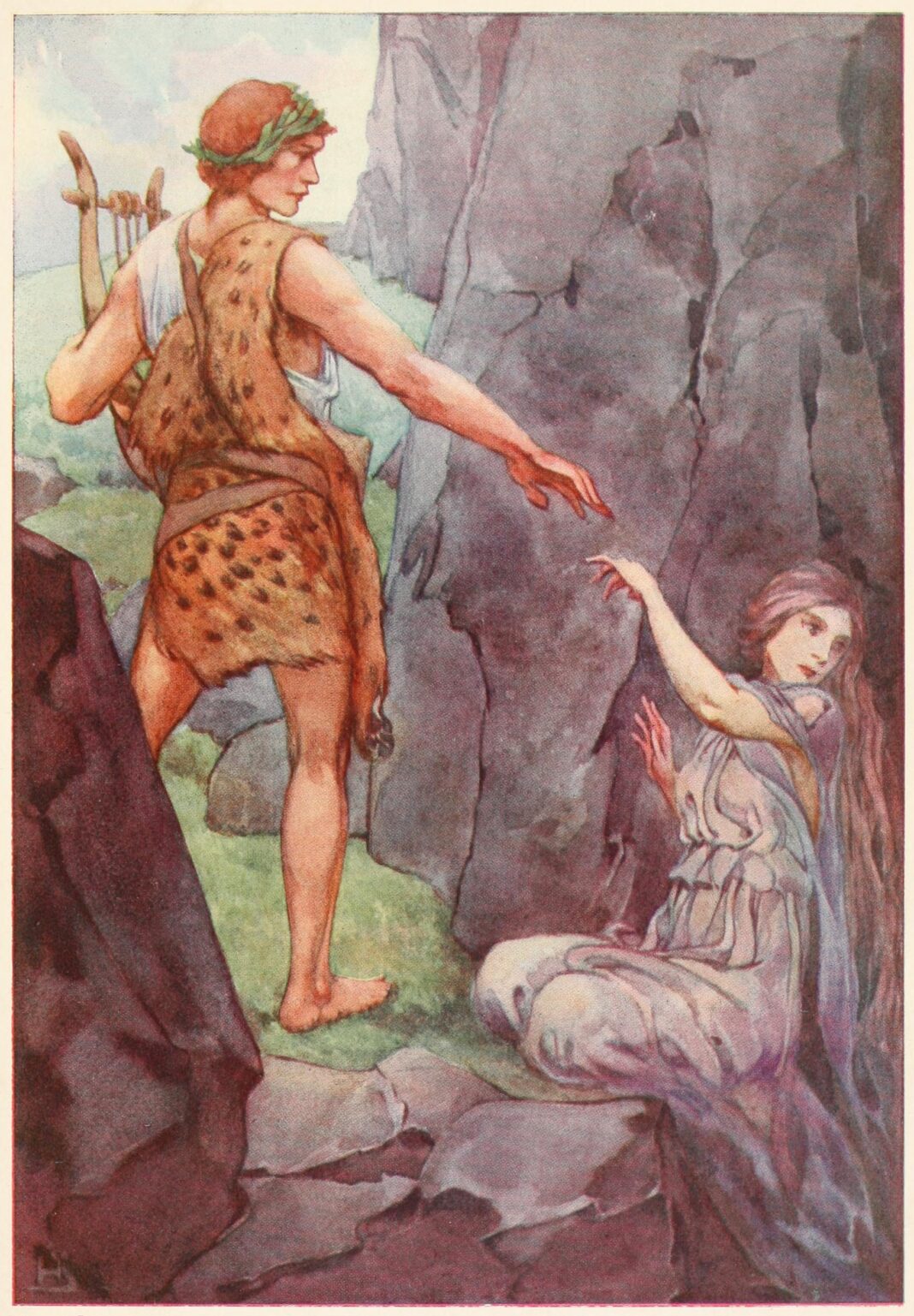 It befalls a man to journey down into a macabre land without warmth of sun.
carrying doubt but blinded by youthful passion.
The shores of the Styx are lined with drowned daughters,
grasping for things they can never possess
Across the water is an alluring green hue.

Specters begin circling. The artist is surrounded by his former pride.
They bow and depart as it starts to rain.
Beneath the breast he cradles his grandfather’s parting words.

At the gate are three hounds,
Upon approach the titan rises and releases a foul howl,
it is bestial and benevolent,
it is protective and vulnerable.

In the lurid halls of the underground king,
The lyre beseeches the gods with words both true and kind.
Its music cries out and is answered with deceit.

Reunited they scoff at the fool chasing a boulder, blind to an inevitable fate
Across a decrepit field Elysium passes, growing smaller in the distance

Nearing the end now
The aspiration calls with words both familiar and cold. He fails.
Turning to face the meek voice but she is gone.
a long silence fills the air, there is a weight to every breath

Madness feeds on the weakness as it does all men. Thoughts of home attempt to strengthen the will but the internal screams are too loud. He fails. The sea of sounds is overwhelming,
it’s powerful waves gift the drowning man a lifeboat.
The voice of Linus becomes a guide,
take one step, now another.
Arising from the pit
Seeking the same purpose

Emerging covered in scars, the light has a soft touch
he has returned from death. I am alive.

Marc Gull writes: I am submitting my poem titled, “Orpheus.” This is a poem about the Greek hero Orpheus’ journey into the underworld to be reunited with his deceased lover. I imbued a lot of myself in this poem as I wrote it at a very volatile point in my life where I felt isolated and depressed. I had just begun therapy and had also lost a close family member. This writing experience was very cathartic for me and I hope to share those emotions with the reader.

Marc Gull is a graduate student from East Northport, New York. This is his first published work. He is inspired by the works of Sylvia Plath, Walt Whitman, and Tom Stoppard.