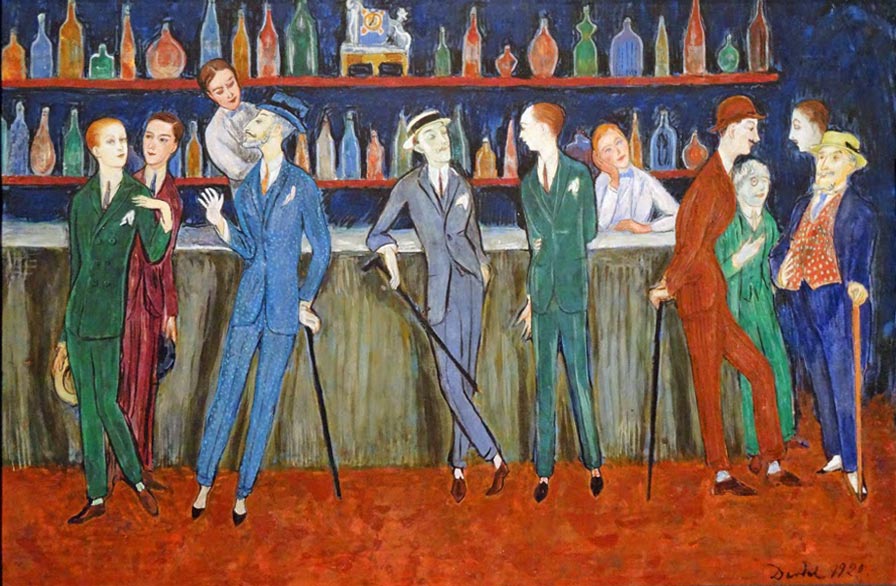 Blonde Hair Hides as much as Killed Stories

No one comes over and you imagine yourself some squeaky clean museum
with the floors waxed nightly out of their less than womanly Italian moustaches,
blonde hair hides as much as killed stories in the “national interest,”
I am not a political conformist so much as an unusually flexible roadblock
drunk on beer and tiny bar top rings of sweating Nietzsche
that fall for a woman like plunging to certain death –
the sky is there so you can throw your last good shoulder out
thinking about the gods
slow dance aging hips back into forgotten tenderness
sharing a bathroom like an impeccable name with the seat down
the hyphen there so nothing is final
(drinking with friends is all about surrendering arguments
faster than friends)
snow globe shook, the epileptic swallows his tongue instead of his pride,
all the desks pushed out of the way like competing love interests,
rangy speed bump measles over the tiny human body;
a ventilator, scrub-panicked hallways in comfortable 12-hour sneakers,
the airspace closed and the marriage open –
crushed garlic and insurrection,
so many coy to each pond that some part of you
starts to think about population control
and how mountains never once try to climb people
who can’t stop mounting one another.

It’s funny how talking about bedbugs
makes me think about Kafka being late for work,
how his employer will be angry and dock his pay
and how a man who went to sleep a man and woke
up a bug has little recourse in the traditional union
labour laws sense and my wife says that bedbugs are
even in jury rooms now and harder to get rid of
than cockroaches and I tell her once you read Kafka
you can never get rid of him so that she wants to
know what Kafka has to do with anything which makes
me think we may be coming from different places
and that hers is Paris because she loves the wine
and pastries and old architecture that should
fall in on itself, but never does.

You could tell his wife was long gone
the way he walked into the store to make
his order and they expected him.

At the pizza place.
Every Friday night.
His dog ordered to sit in
the backseat, but sitting up front
to watch with excitement
once he was gone.


And how the man returned to the car
with his pizza.
Let the dog smell the box
and run in circles with excitement.

So that you just knew they shared
that pizza every Friday night.

In front of a television
that couldn’t stop lying,
but never mattered
anyways.

A Bowling Green buddy system.
After the nearby Corvette museum
fell in on itself and started selling tickets
to the sinkhole.

Both could be dead now.
The dog was old and the man was older.
They keep making pizzas as long as people
order them.

Ryan Quinn Flanagan is a Canadian-born author residing in Elliot Lake, Ontario, Canada with his wife and many bears that rifle through his garbage.  His work can be found both in print and online in such places as: Evergreen Review, The New York Quarterly, TheSongIs.., Cultural Weekly, Red Fez, and The Oklahoma Review.