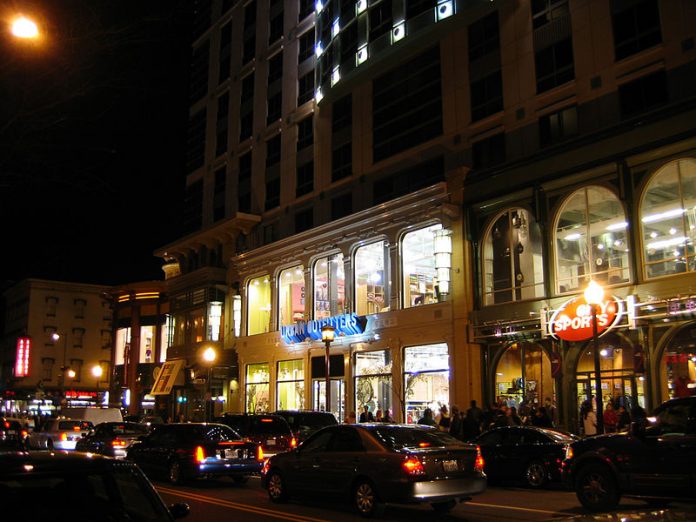 In our choreography, Dad and I

had three types of dance:

the shower, the stairs, and the car.

The shower’s dance was a slow kabuki-

was punctuated with a certain pose

that had its own philosophy of alpha

and omega for each shifting limb.

The stairs required an ancient respect

where I, the younger, preceded

in descent and followed in ascent,

to catch the fall that would eventually come.

The car became a prop and barrier

to hold and skirt, target and leave,

enter and exit, like the hat and pouring rain

that danced with Gene Kelly.

In our dances, I provided the support

while spinning around his unending

juggernaut always heading for a rail,

a wall, “Some damn thing to grab on to.”

For the waitress behind

the counter, there is a serenity

that pretends to come

with the end of the day,

when the sunlit crowds have left

and a few stragglers clack

heels down a dusky

when the second sitting

and the guy at the end

of the counter sipping coffee,

hoping the waitress would bend over

in front of him, her puckered

blouse the only sex he’d get

for the night, finally leaves,

and the matte black of night

then her shift is done and she

lets out the cat to prowl midnight,

and crawls into bed feeling

the end of the day settle over her body

against the bedlam of the day. 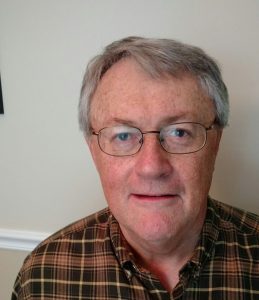 Mike McDermott has published poems in Minimus, WordWrights!, phoebe, Cabin Fever (Idaho), The Federal Poet, Frantic Egg 4, and Rustlings; a short story in Minimus;  various non-fiction, and, long ago, freelanced about frolicking porcelain frogs for catalogs.  He has an MFA from George Mason University and as president of the GMU Writer’s Club organized readings for Margaret Atwood, W.D. Snodgrass, William Stafford, W.S. Merwin, and others.  He has served on editorial boards of WordWrights! and GW Forum and is currently the Treasurer of The Word Works Inc.  He has been an active participant in Washington, D.C, area poetry readings for several years.