The Meaning of Life by Matthew Ratz 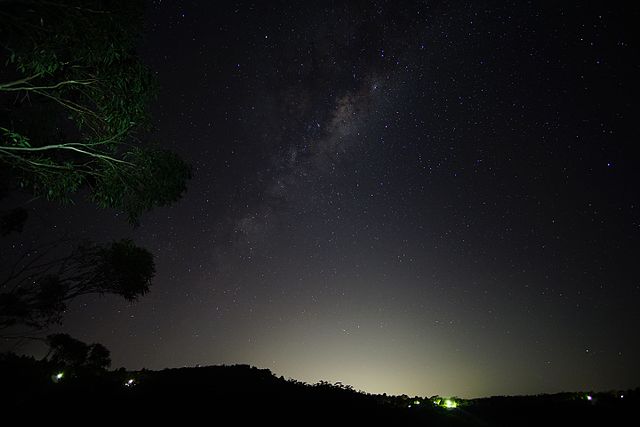 Doors locked, we hide the keys

Jeans frayed across the knees

On our backs beneath the stars

Basking in an autumn breeze

She spies Polaris, points out Mars

I hold my breath; yet quiet’s creased

The scene is calm, an almost peace

Emptiness of sky from west to east

Aloof I say, “We could go back home.”

Certain they’d never let me in

A jester laughs at an abandoned throne

She stares at me with her ambivalent grin

Eyes chastise me for an unperformed sin

She sighs, “That’s how we’ve always been.” 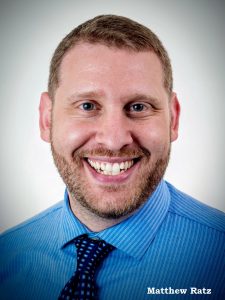 Matthew Ratz is a performer, speaker, and writer of poetry and nonfiction. He has performed in musical theater and dramatic productions—most notably playing Anthony Weiner in 2016’s premier of Weiner: the Musical. He is also a regular feature of both music and spoken words at the LaTiDo cabaret in Washington, DC and regularly appears in Montgomery Playhouse productions. Additionally, Matthew has led concurrent sessions at academic conferences locally and nationally on the topics of differentiation, autism, and Millennials. He teaches English composition at Montgomery College and at Howard Community College and previously worked in the fields of Special Education and Developmental Disabilities. His non-fiction writing has been featured in The Kappa Delta Pi Record, The Gaithersburg Town Courier, The Five Towns Jewish Star, Autism Spectrum News, Impact Training Publications, and The Huffington Post; his poetry has been published in the 2003 University of Maryland’s Stylus literary journal, in 2016 on The Huffington Post, and most recently in his chapbook Lightning Bugs in Fragile Jars released in 2017.