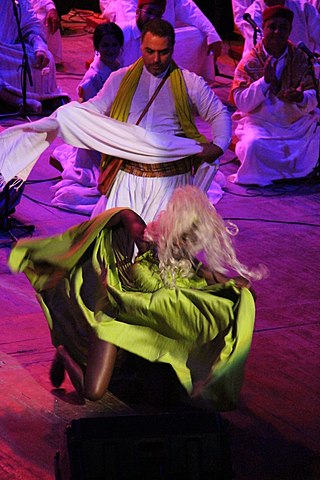 This is not the apocalypse; this is calypso.

This is a joyful dancing rebellion. This is duende. This is a revolution of loose bones.

This is a full-bellied brawl between resilient hips and gravity.

a moon, of those without,

this dance is eating flames.

Let’s rise to say, “I hold the sun between my burnt teeth.”

* Italicized text is translated from Ana Tijoux’s “Somos Sur (featuring Shadia Mansour).” This poem is in response to a video of a belly-dancing routine to the song “Somos Sur” by Gio of Zombie Bazaar Panza Fusion.

your throne is vacant

was margin is mystic

a ruin of rumination

a remnant of Jericho

The thrown: stone of

one who builds up

How dare the night

you die under Cancer,

the sky deserted, we

fonts of your celestial,

This space you held,

you hewed them in

* Italicized text is from Philip Metres’ “Marginalia for Mahmoud Darwish.”

A Conversation with The Prophet

Your joy is your sorrow unmasked. And the

selfsame well from which your laughter rises

was oftentimes filled with your tears. And when

my willingness to sit beside your tears

turns into oud strings and a song about

coffee, we exchange our names and shake hands

Beneath this desert a seabed sleeps un-

abandoned. A kiss on each weak cheek, yes,

my skin is the same shade as yours and you

have lived half longer. Our hearts have slowed some

to a rested rate of moving along

to a tabla drum tapped on a distant

dune to the tune of a new lullaby.

And when you have reached the mountain top, then

you shall begin to climb. And when the earth

shall claim your limbs, then shall you truly dance.

And when the lights go out at night, you will

the death black sky. And when you sleep outside

in early august, you will watch comets

cut across the stratosphere, a space you

can’t inhabit. And when you try to trans-

light, unfamiliar words fill in for the

dark. The language of the afterlife is

silt on the surface of an oasis

where you sand dance the dabke alone

in a dead fire’s final glow. And I cry.

* Italicized text is from Khalil Gibran’s The Prophet. 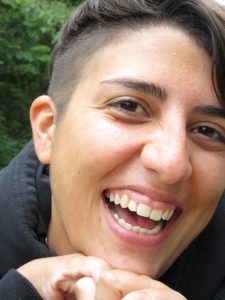 Danielle Badra received her MFA in Poetry at George Mason University. While there, she was the poetry editor of So To Speak, a feminist literary and arts journal, and an intern for Split This Rock. Her poems have appeared in Outlook Springs, 45th Parallel, The California Journal of Poetics, and The Greensboro Review. Dialogue with the Dead (Finishing Line Press, 2015) is her first chapbook, a collection of contrapuntal poems in dialogue with her deceased sister.