Statue in the Shallows by Rebecca Leet 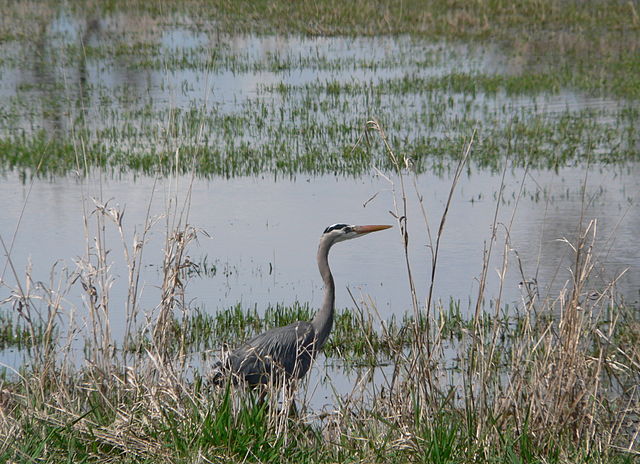 Odd. Just plain odd. No other word for it.

It’s hard to see, against the backdrop

of beech and brush at the edge of the river.

Fisherfolk stare across the water—pondering

why a statue would be planted in such a spot.

Two reedy posts for a base, a torso in the mold

of a bloated football, the top an L-shaped pole

leapfrogging each other. An osprey jets down,

hooks a fish, leaves. Every 30 seconds,

a cormorant slides feet-first to a watery landing,

like a baseball player trying to beat the tag

at third. Sounds are few, faint: plop of a lure

they‘ll spy the iconic obelisk of the Washington

Monument. The only other urban inkling,

now and then, is a silver Boeing 757 lumbering

toward a landing—like the cormorant, feet-first.

The statue is tiny compared to bronze equestrians

who inhabit parks and traffic circles across the city;

curiously, they include Joan of Arc. Someone

a rock across the Potomac at the statue; it would fall short.

and, graceful as a ballerina, the great blue heron lifts skyward. 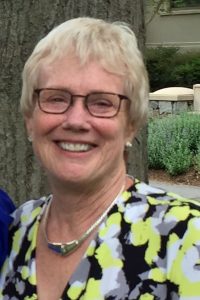 During a Washington-based career in politics, policy and news, Rebecca Leet has been widely published and quoted in newspapers, magazines, and books. She turned her pen to poetry in 2015 after 40 years as a journalist and author. Her first poem was published in Passager in Winter 2017. She lives in Arlington and draws much of her inspiration from nature, whether in her backyard or idling along the Potomac.