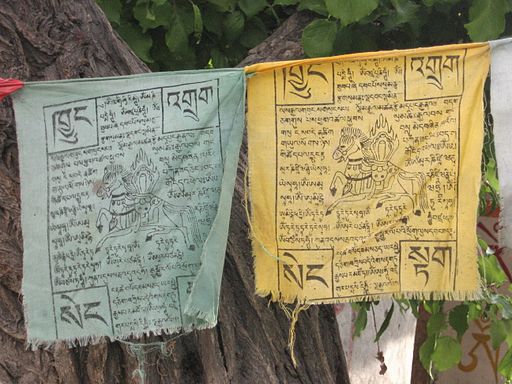 My father, tangled in the height of adolescence,

in rock at the rear of the church, where

he counted his blessings. The sky,

he told me, was angry, angrier than most,

and I imagined billowy Michelangelos

I was eight when he told the story late one night,

after dinner, after all candles had been blown out.

He stroked my back as I lay on his stomach,

burying myself into his large body, thinking

This is the moment I’m supposed to remember.

I watched his movements, listening to his pulse,

for what was coming, for what would soon be

the trickling of my own prayer.

One afternoon, my father awoke to a pounding

in his temples, to a plum-colored bruise

the size of a mango, spreading across his head

like a puddle. As his brain bled, my mother

stood outside the door at the hospital, waiting,

because this is what doctors recommend.

To wait. My sister looked out onto the parking lot,

the window streaked with black rain.

After he began to walk again, wobbling back

into the house with an almost-familiar smile,

I thought of what he had said all those years ago.

I thought of the swelling of the clouds, how

I thought it would never stop raining

after he’d come inside, carrying candlelight

that bloomed in every room,

and that I would never feel safe again

for as long as I prayed.

(First published as a postcard as the 2015 winner of the District Lit Prize for Poetry. Listen to Sarah read “The Beginning of Prayer” here: http://districtlit.com/post/125317393731/katz-winner) 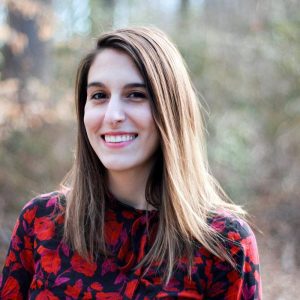 Sarah Katz’s work appears in Deaf Lit Extravaganza, MiPOesias, RHINO, and The Rumpus. She earned an MFA in poetry from American University and has been awarded the 2015 District Lit Prize for Poetry for “The Beginning of Prayer” and a residency at Vermont Studio Center. Her poetry manuscript, Country of Glass, was named a finalist by former U.S. Poet Laureate Robert Pinsky for Tupelo Press’s 2016 Dorset Prize. Sarah lives with her husband, Jonathan, in Fairfax, Virginia, where she works as the Publications Assistant at the Association of Writers & Writing Programs and is Poetry Editor of The Deaf Poets Society, a new online journal that features work by writers and artists with disabilities.