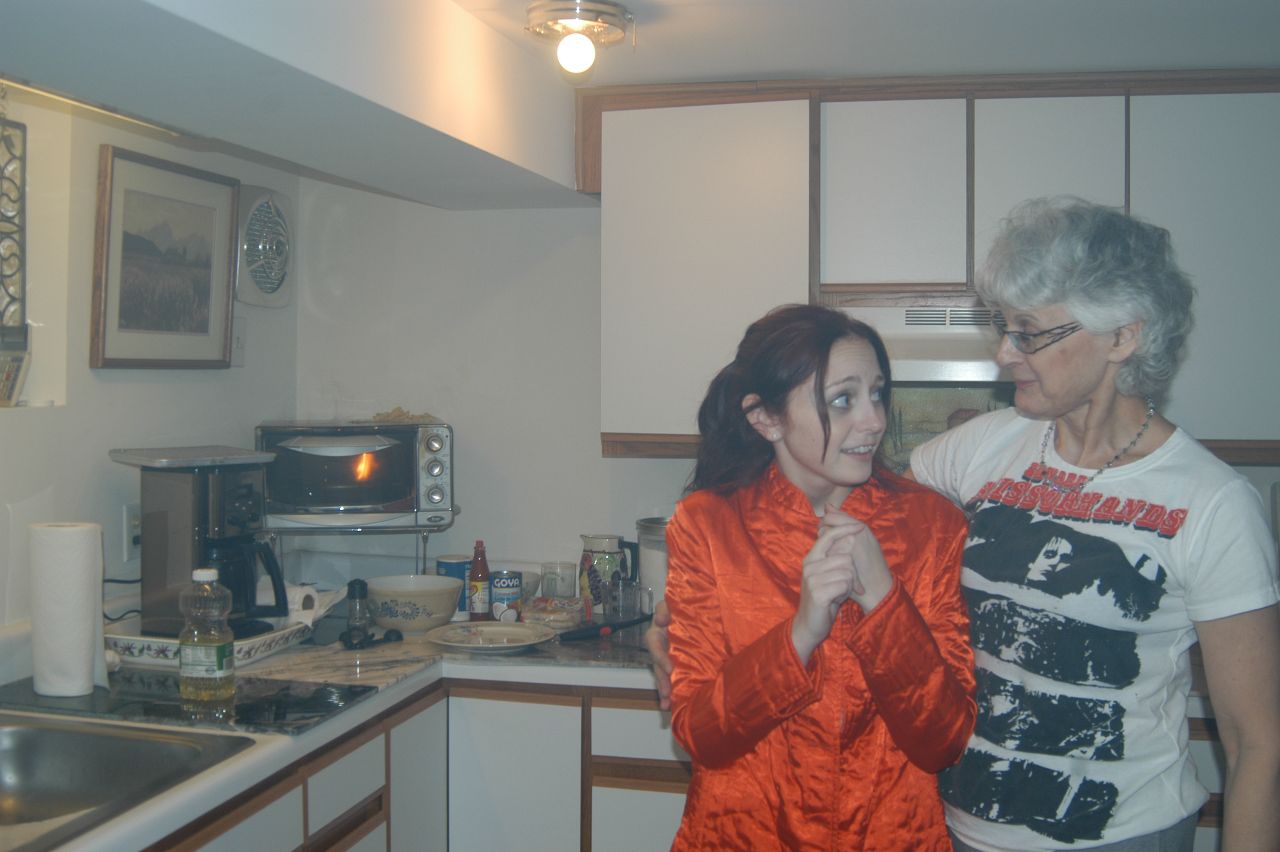 In the photo of the kitchen fire,

We are dressed for Christmas:

Me in a flammable hand-me-down jacket,

Her in her costume jewelry

And her Edward Scissorhands t-shirt.

The scene is blurred and blue with smoke, since,

In the photo of the kitchen fire, the fire itself

Is still in progress, burning on in the background,

The explosion has not happened yet,

in the photo of the kitchen fire—

Soon the door of the toaster oven will blow out

The food on the counter behind us

Will glitter with bites of glass.

We are not moving

In the photo of the kitchen fire, or

At least we are not leaving.

No, I am wringing my hands

And my eyes are all whites and alarm,

And my mother’s mouth is twisted,

Or both—with her, it’s often both—

And she is turning me toward her, away

From the blaze in the background.

There is no fire extinguisher

In the photo of the kitchen fire;

Had gone to get it. Still my mother and I

Are not leaving. My sister

Has reached for her camera. 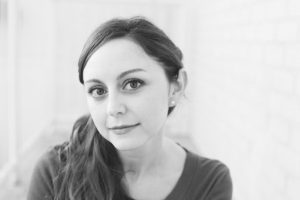 Kate Horowitz is a science writer, poet, and essayist in Washington, D.C. Her work has been widely published, most recently in Unrequited: An Anthology of Love Poems about Inanimate Objects. You can find her online at www.thingswrittendown.com or on Twitter @delight_monger.