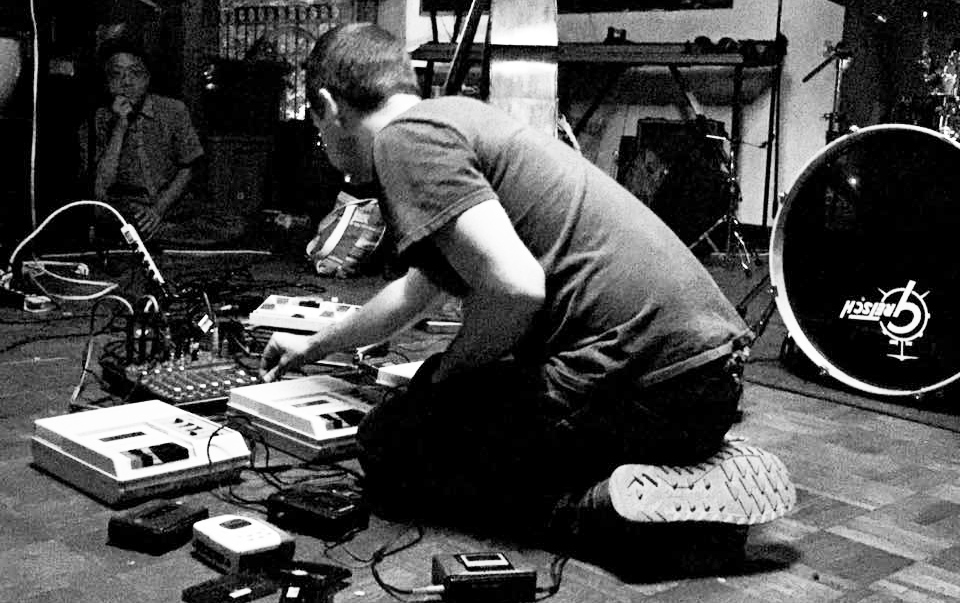 I started playing drums when I was 12, joined my first band at 14, and played in bands consistently for more than two decades. But when I moved to DC a few years ago from Cleveland it wasn’t easy to find a space where I could hit things with sticks and be loud on a regular basis. I didn’t live in a house where I could play, and a practice space was out of my budget. It was frustrating, having come from a city where it was easy to find warehouse space to do whatever you wanted.

Being an artist in DC can be tough, especially if you play a loud instrument. Because I needed to stay musically active and creative, I started working with tape. While I continue to play drums in live settings, tape has been my recent focus in composition and studio experimentation.

My most recent cassette, “Matter”, was released in October, 2015 on Power Moves Library. It’s my first release to focus solely on the exploration of tape manipulation and sampling. I have experience working with tape from making recordings as a drummer and band member. Most of my early musical recordings were done on a four track and I used to engineer at a studio that utilized a 16 track ½ inch machine. A couple years ago my friend and collaborator Pat Cain starting getting into creating cassette loops – something that I hadn’t done for quite some time. Once he mentioned it I felt motivated to get back into exploring the capabilities of tape. And as soon as I started playing around with it, I realized how much I missed the physicality that comes with tape and analog equipment, especially in comparison to recording onto a hard drive. Getting out the razor blade again (to cut and loop tape) felt like a cure for not being able to play drums on the regular.

I very quickly became fascinated by the element of chance associated with creating tape loops. Most of my previous writing involved improvising, settling on distinct parts, revising them, refining them, and using them as the basis on which to build other ideas/parts/layers. Making tape loops removed a lot of these conscious choices.

To make “Matter” I scoured thrift stores for old New Age cassettes. The more artificial, lifeless, and generic, the better. My favorites were those that relied solely on digital keyboards, lacked any trace of acoustic instruments, and didn’t employ drums. A lot of that was an aesthetic choice, but I found that it oftentimes resulted in more consistently interesting loops and samples. I began by creating some mixtapes of the best parts I found on these cassettes. Once I completed a tape, I would cut it up to create loops, and keep making batches until all the tape on that mix was used up. I might end up with 100 cassette loops per mixtape. Periodically I’d listen to some of the loops from each batch. Most were generally garbage but once in a while something would be so good that I could just let it play endlessly. It was a Zen-like process- cutting hundreds of loops just to hear what would happen and selecting the 5% of them that “worked” musically.

What most excites me about this process is that I end up with something I could never have come up with on purpose. Creating a digital music .WAV file and chopping it up into loops within an audio program would be a lot easier. But the loops from cut tapes produce unique sounds. There is usually some weird effect that results from where the loop was cut – maybe a bit of a warble, or weird panning effect, or just some damaged sound that could never have occurred within a digital environment.

Some of the first projects I did with cut tape resulted in sound installations. I’d find 10 loops cut from similar sources and play them all together on cassette players placed around the perimeter of a room to create an immersive experience for the listener. Things got more interesting when I started collecting machines with pitch shifters. That gave me the capacity to take loops from multiple sources and adjust the pitch of each cassette individually to be in the same key (or out of the same key, for that matter.) I eventually took this process into the “studio” to create a finished composition with layers of manipulated loops. I enjoyed that process but it ended up feeling stagnant so I started looking into other treatments for the tape loops.

I had bought a really nice ¼ inch machine from my fellow drum pal Ian McColm that I wasn’t using as much as I should have and I began sampling the cassette loops to ¼ tape and using chance operations to generate really damaged sounds. Most of this experimentation involved sampling audio to reels of tape that had undergone some kind of treatment. I would crumple up the audio tape, cover it with duct tape and then pull the tape off, run tape through a pasta machine, cut out sections with an exacto knife, and demagnetizing it in random places. In some cases these changes would be very subtle but in other instances they could be very dramatic, with original source material completely obliterated and something new taking its place.

I was honestly surprised with how the tracks for “Matter” turned out. A lot of the fun was spending hours creating a layer that might consist of 20 loops in varying states of degradation, only to bounce it down, fuck with it more, and have it end up as just a faint addition to a larger piece.

While I’m personally excited about the work I’m doing, I’m not naïve enough to imply that this is innovative or without precedent. William Basinski and Ian William Craig are probably the most noteworthy reference points I know for this kind of stuff. And my choice of source material is arguably influenced by vaporwave. But, who knows. I try not to think about these things too much. It’s kind of like fielding the dreaded “What does your band sound like?” question. I leave it up to others to decide what it sounds like, if they see fit. 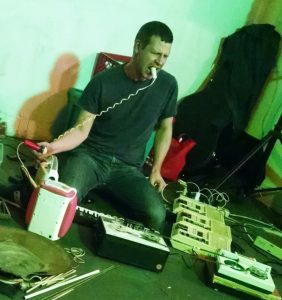 Nate Scheible is a DC based drummer/composer who has performed and recorded in a variety of bands and ensembles spanning multiple genres. Recent collaborators include Layne Garrett, Luke Stewart, Phong Tran, Sarah Schaffer, Nancy Havlik, Patrick Cain, and Gary Rouzer. His most recent releases include “New Year’s Eve, 1969” a series of drum duos with Ian McColm, and the solo recording “Matter” on Power Moves Library, which can be found at natescheible.bandcamp.com.