Open to All: The Archie Edwards Blues Heritage Foundation by Andrew Doerr 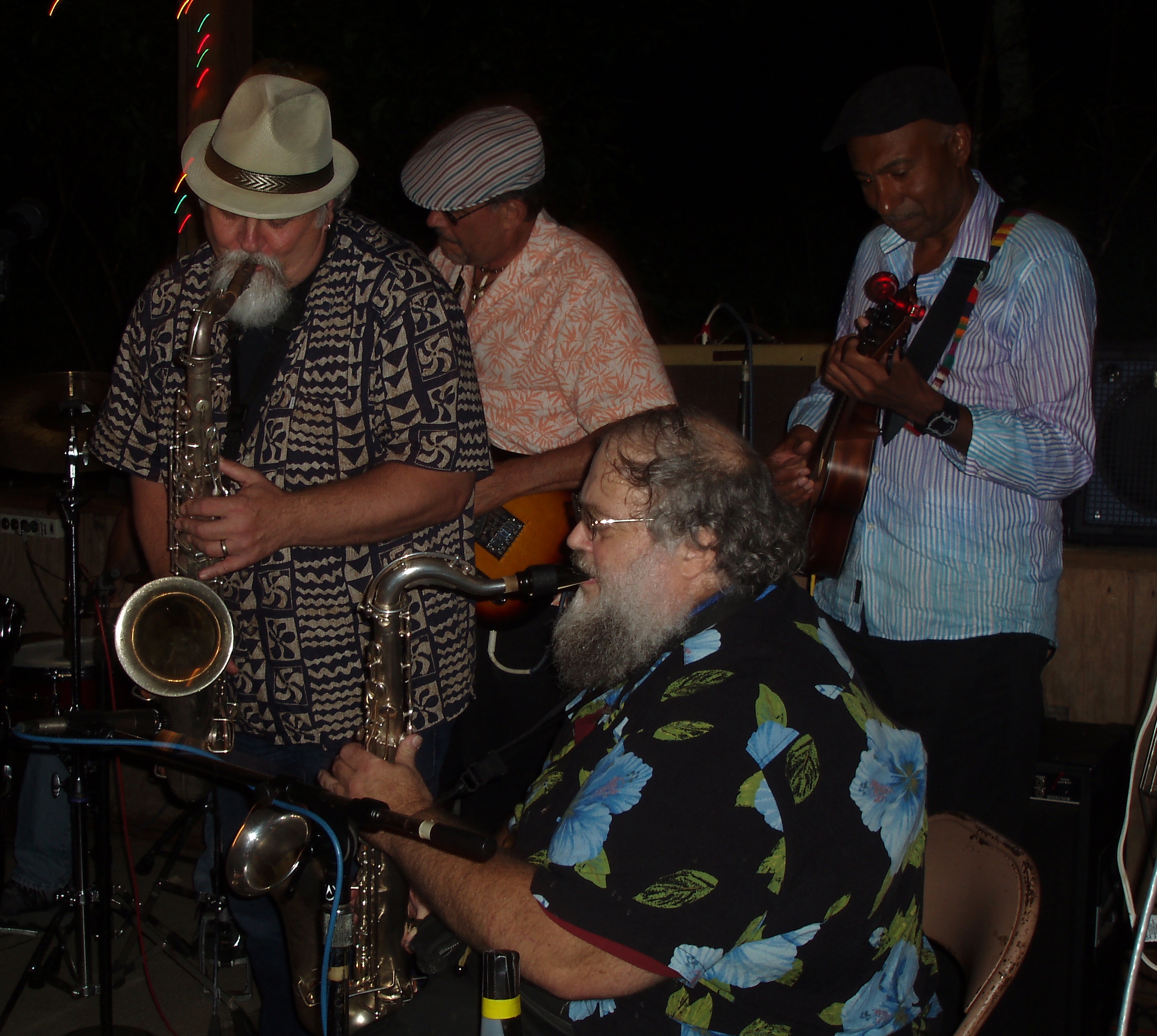 The Archie Edwards Blues Heritage Foundation proves that the amateur music presence in DC is powerful, and all are welcome to become a part of their weekly blues jam session.

Archie Edwards was a DC area barber who became enamored with the blues at a young age. He played house parties for tips while in his teens and then found work at odd jobs before joining the military. Finally, he settled down in DC and opened a barbershop.

It was at this barbershop that Edwards began his weekly blues jam sessions. Every Saturday afternoon, he would close down his shop and invite local musicians of all skill levels to play blues for a few hours.

Although Edwards passed away in 1998, his musical legacy lives on. A group of regulars joined together as the Archie Edwards Blues Heritage Foundation to continue the jam sessions at a new location: the old Riverdale Bookstore in Riverdale, MD. Still, they carried over enough artifacts from the old venue to keep the relaxed feel of the old barbershop. There are several barber chairs, pictures of the more prolific members of the group and whatever seating they could find.

As soon as I entered, board member Jim Lande greeted me and gave me a quick tour and a history lesson. He then explained the two rules of the jam: everything is acoustic and only blues before 5 p.m. He also showed me a set of bones (small wooden rib “bones” played like the spoons), which they use to help offset their lack of a rhythm section.

After the tour, I sat down to listen to a slow rendition of “Nobody Knows You When You’re Down and Out.” I expected to observe for a good amount of the jam, as I had not brought an instrument, but a regular handed me a guitar after only a few minutes. Another guitarist then coached me on the chords for the next song, and I was off.

Most of the fare was comprised of blues standards, and anyone could throw out an idea for what to play next. This often required a quick lesson on the words, chords and key, but the group caught on quickly. In one particular case, a harmonica player spent several minutes trying to teach the chords to Howlin’ Wolf’s “Spoonful.” When we finally got going, it sounded like everyone had been playing it for ages.

The instrumentation included iconic blues instruments (guitar, harmonica, trumpet and saxophone) as well as a few lesser-known ones (fiddle, bones and a wire attached to a tin can with a neck). This added to the relaxed, hodgepodge nature of the venue. It could sound a little off at times, but this only amplified my enjoyment of the music. By playing for no one in particular, everyone could take musical risks without fear of disappointing or looking bad.

What surprised and impressed me most about the jam was how accommodating everyone was to me as a newcomer. They made sure I was following along and gave me plenty of time to solo. I’m sure they would even have followed my lead had I decided to start a song. The barbershop immediately felt comfortable, and they never cared about sounding perfect (which is probably why they let me play). Above all, this is a group of music lovers who just want to get together to relax, swap stories and play the blues.

Andrew Doerr is a recent graduate from Georgetown University and is currently pursing a career in radio journalism. In addition to playing the blues in barbershops, he builds furniture and guitars.

This article was selected for Honorable Mention in the 2012 DC Student Arts Journalism Challenge, an annual competition designed to identify and support talented young arts writers, as an example of arts writing by a participant in an arts experience.