The Art of Not Making: The New Artist/Artisan Relationship a review by Kate Kretz 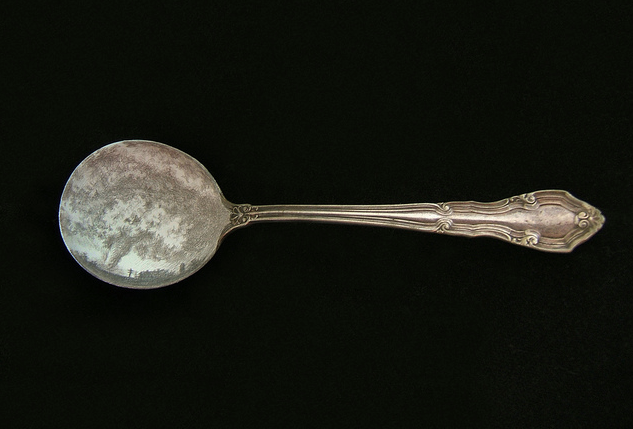 Not so very long ago, saying that an artist “had a production line” in their studio was considered an insult: it meant that the work was not growing, and that the artist was methodically repeating something that had been successful in the past. Accusing someone of  “phoning it in”, another slam of old, is now a proud way of life for some artists: they are actually phoning art in…. to their fabricators.

Discussions among artists (the only ones who seem to care) regarding the meaning of authorship have come to the forefront in recent decades, due to the skyrocketing auction prices of contemporary artists such as Damien Hirst, Jeff Koons, and Takashi Murakami. These artists have redefined what it means to be an artist as millionaire art superstars, and, not incidentally, they each employ teams of workers to fabricate their designs.

The practice of making art has morphed in response to the art market. When your piece can sell for $23 million, why make only one if the market will buy more and you can have your fabricators make a limited edition of five? A recently released book, The Art of Not Making: The New Artist/Artisan Relationship, by Michael Petry, takes us inside the world of fabricators and the artists who employ them. 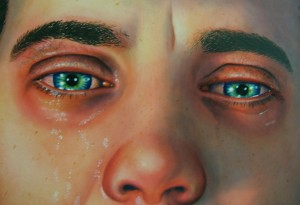 While there is nothing new about artists employing assistants, the modern evolution of an  artist employing artisans to solve problems and create their work from start to finish is new, and there is something revolutionary about this matter-of-fact book that names names and demystifies the process. This coffee table publication features over 300 color photos of pieces by well-known artists who have hired artisan fabricators to produce their work. Lengthy paragraphs describe the materials and processes used to create each work. The book contains a DuChamp-heavy background essay by author Michael Petry and is divided up into chapters focused on glass, metal, stone, textiles, and “other materials”, with a short introductory/background page for each medium. The book consists mainly of images, punctuated by quotes from artists explaining their philosophies regarding artistic creation, such as Jorge Pardo’s statement: “I don’t think that art gets made with your hands.”

For me, the most revelatory and thought-provoking part of the book was the section containing interviews with artists who use fabricators, and the fabricators themselves. (Many fabricators are also artists in their own right, and the book includes images of the craftspeople’s own artwork alongside their interviews.) Several interviewed artists refused to reveal who created their pieces, and most revealed that they do not credit fabricators in their exhibitions or sales. Some artists never touch any materials at all, while others make the bulk of their own work and only employ craftspeople when the scale gets too big, or when they think an artisan could do it better.

In one interview, Sam Adams, a London fabricator who works for Jeff Koons and Glenn Brown, was asked, “What would you do if an artist wants you to make something that you feel won’t work?” and he replied, “It hasn’t happened yet. People come to you for solutions – they can start with an outline or a sketch for an idea and we try to put flesh on it. That’s our role in their practice – to make solutions.” When asked a bit later if he would ever employ anyone to fabricate any of HIS works, Adams responds that, in theory, he would, but, “There is a strong link between the thinking and making processes in my work… when I make something… I think about it and maybe I just chop something off here or change something there. You can’t do that if you have someone making it for you.” And this is one of the essential questions one is left with after reading this book that presents fabrication as just another genre of work, with no implications whatsoever: what kind of art is going to be made when artists are no longer solving their own problems or immediately responding to their materials? 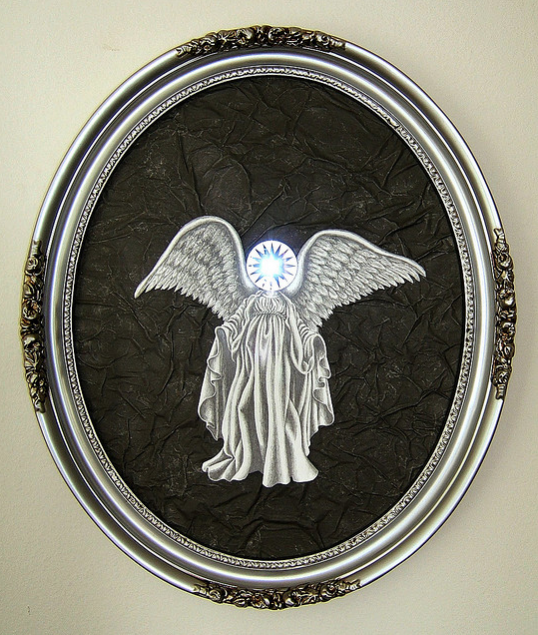 As someone whose brain works more like Sam Adam’s than Jeff Koon’s, I found this book fascinating, and read it in one sitting. The possibilities presented are inspiring to artists who might have never considered working beyond their own individual skill set. Despite a rather extensive section on Further Reading, the book could use essays by other contemporary critics and/or curators. I was longing to hear someone ask the questions that, to me, seem to arise naturally from this thought-provoking book and the increasing normalcy of this practice:

Should more art schools (some already have) move away from practical/technical skills? Are there essential qualities of artwork lost when the artist’s body is removed from all but the signature? Are new artists going to be marginalized by artists who have the money to buy better artists to make “their” work for them? The Art of Not Making is a solid landmark in the march towards real transparency and evaluation of previously taboo subjects, forwarded in recent times by gallerist Ed Winkleman’s blog, and Jerry Saltz in his New York Magazine column, and by discussions amongst art world members on Facebook pages. The most successful artists currently using fabricators are Jeff Koons  and Damien Hirst. Koons comes from a business background and Hirst hired a sideshow promoter to be his manager. Is the real “art” to be found in the marketing and branding? If so, how does this art differ from a Limited Edition Bugati automobile or a Louis Vuitton bag? Some relate artists who use fabricators to film directors, who should never be expected to produce a product single-handedly. But movie directors credit those who contributed to the creation of the work. Is it time to change standards in the art world and ensure that fabricators receive production credit?

Kate Kretz earned a certificate at The Sorbonne and a BFA at the State University of New York at Binghamton before receiving her MFA from University of Georgia. Her work in varied media focuses on human vulnerability as defiant act. Kretz was trained as painter, but her work has expanded to include a line of Psychological Clothing and intricate embroideries made with human hair. Kretz’s work has appeared repeatedly in The New York Times and has been featured in ArtPapers, Surface Design, Vanity Fair Italy, ELLE Japon, and PASAJES DISENO magazines. Her controversial painting “Blessed Art Thou” was reproduced in hundreds of international news sources, was recently included in the documentary, “The Second Tear: Kitsch” for NDR/arte German Public Television, and continues to be published in university textbooks worldwide. Exhibitions include the Museum of Arts & Design, Van Gijn Museum, Kunstraum Kreuzberg, Wignall Museum, Katonah Museum, Lyons Wier Ortt Gallery & 31Grand Gallery, Fort Collins MOCA, Telfair Museum, Fort Lauderdale Museum, and the Museo Medici in Tuscany. She has received the NC Arts Council Grant, The South Florida Cultural Consortium Fellowship, The Florida Visual Arts Fellowship, and a Millay Colony Residency. After working as an Associate Professor and BFA Director at Florida International University for ten years, she recently moved to the Washington, DC, area. Kretz continues to teach as a visiting artist at various universities and works alone in her studio on obsessive pieces that can take up to 12 months to complete. She has always believed that the personal life hours invested in her work are part of the gift given to the viewer. Kretz could never make the bent wood sculpture stand upright in her undergraduate 3D design class, but has always wanted to be a sculptor, and is therefore very intrigued by this fabrication idea. Her work can be seen at www.katekretz.com, on Flickr, and Facebook.