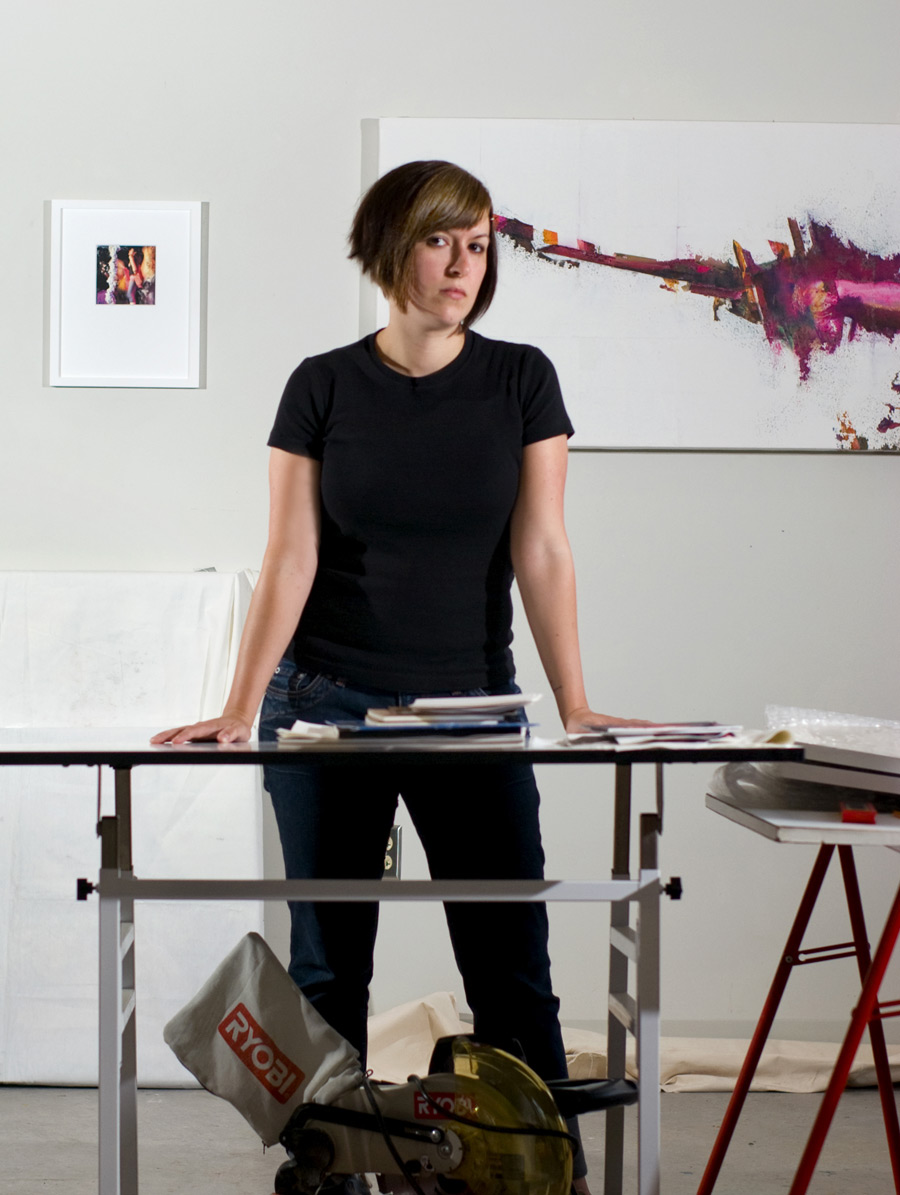 Talk to ten different visual artists in the DC area and you’re likely to hear about ten different working situations. From former auto body shops and row-house basements to corners of studio apartments and space subsidized by non-profits, local artists practice their profession in places both predictable and unexpected. Finding studio space is a challenge for artists no matter where they live, but the high cost of city real estate and the relative lack of warehouse space combine to make the search particularly knotty for DC-area artists.

Most artists have – at one time or another – created a studio in their living space. For a wide variety of reasons setting up your work space where you live is often the best option. Artist Kira Appel currently works in a studio set up in a corner of her studio apartment in Arlington. Kira knew when she was apartment hunting that she would be setting up a studio in the space, so she focused on finding an apartment with a footprint appropriate for her needs. The apartment has even lighting, and a large corner of the space to use for her studio. While she hopes to have a studio space distinct from her apartment in the future, Kira notes that there are advantages to her current situation: there’s no travel time to get to her studio, which translates into more creating time, and the presence of her work-space in her living space is a reminder of ongoing projects. At the same time, Kira acknowledges that there are limitations to setting up a studio in your living space. Space limitations have prevented Kira from working on the large-scale oil paintings she has done in the past and she is hesitant to experiment with some materials, such as encaustic, because of concerns about ventilation. 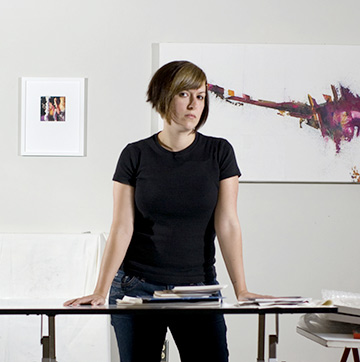 For those who aren’t in a position to set up a formal studio space, artist Lisa McCarty recommends looking into residency programs. Prior to getting a studio at Arlington Arts Center, Lisa worked out of a makeshift studio in the basement of her group house, and participated in several short residency programs where she was able to create work she couldn’t have made in her at-home studio. If you are able to spend a few weeks away from your day job and other responsibilities, Lisa says, a residency can provide a period of intense work, access to needed facilities and the chance to carry out projects that aren’t possible in an at-home studio space. (WashingtonArt.com has an extensive list of residency programs, including many for visual artists.)

While Lisa did combine an at-home studio with residency opportunities to successfully produce her work, she feels lucky to now have a space in a group studio at the Arlington Arts Center. AAC is one of several area non-profit arts organizations that provide studio space for local artists. Lisa mentions AAC’s lower than market rents and recently renovated facilities as two of the space’s great advantages. Many artists find that Resident Artist status at an arts center can be a boon for one’s career as well. Resident artists at AAC show every other year in AAC’s Wyatt gallery and, because resident artists are selected by a jury, those selected can point to their affiliation with AAC as a professional accomplishment in and of itself.

With these advantages comes commitment: resident artists participate in five yearly open studios, must spend a certain amount of time in their studio each month and take turns staffing AAC’s information desk on the weekends. For Lisa, the sacrifices are worth it. Having the space at Arlington has made it easier to produce work on a large scale, she enjoys having a formal studio space to host studio visits, and she appreciates the company and community offered by her Arlington studio-mates. Lisa compares getting her outside studio to the feeling of independence associated with “getting out of your parent’s house”; it brings along a host of advantages, as well as a feeling of accomplishment.

If you’re looking for an outside space, but can’t make the commitments required by formal studio programs, consider looking around for a commercial space that has been converted (or could be converted) into studio space. 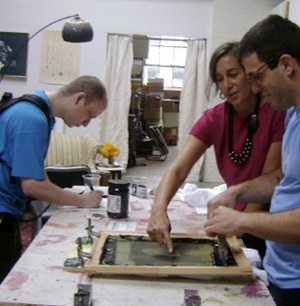 DC artist and crafter Kristina Bilonick currently shares this kind of space with several other artists in Gold Leaf Studios, a former auto body shop near Penn Quarter. Kristina echoes Lisa’s statement that having an outside studio felt like a professional milestone. Getting a formal studio encouraged her practice and eventually pushed her to “make the leap” to becoming more professional. The impetus for the shift was partly financial: shelling out the money every month for a space increased the pressure she felt to devote time to her studio practice and to begin treating her art as a business, deducting the cost of her studio space as a business expense on her taxes and charging DC sales tax on the work she sold. Gold Leaf hosts visual artists, clothing designers and rehearsal space for several bands and Kristina cites the interaction between all these different artists as a favorite perk of the space.

Prior to getting studio space at Gold Leaf, Kristina worked in a small studio in the basement of a furniture store on 14th Street, a space she found in the commercial listings of Washington City Paper. For artists currently looking for space, Kristina recommends keeping an eye on the commercial real estate listings on Craigslist and in the City Paper. If you’re looking for commercial space, keep in mind that landlords who aren’t specifically advertising studio space might still consider renting commercial spaces to artists.

Before setting out to find studio space, you might want to consider if you actually need a dedicated art space. Rather than worrying about having a formal studio, photographer Michael Matason lets each project dictate the space he needs. Michael’s day job at the multimedia center of a local university provides him with access to equipment and, at times, space for shooting. After years of finding creative solutions to meeting his space requirements, he believes that working with limitations makes him more creative. No matter your medium, it’s worth considering whether the resources you would devote to a formal studio are truly worth it.

I’m eager to hear more about the ways DC artists find work space. Do you have a creative solution to the challenge of finding space where you can make your art, or advice for up and coming artists in need of a studio? Leave your stories and advice in comments.

Blair Murphy is a writer, curator and arts administrator based in Washington, DC. In 2009 she earned an MA from Georgetown University’s Communication, Culture and Technology program after two years of study focused on visual culture, critical theory and gender studies. Having successfully emerged from the thick haze of academia, she is pursuing new writing and curatorial projects in DC and beyond. Blair is currently the Office Manager at DC Arts Center and an active member of Sparkplug, an artist collective affiliated with DCAC. She is also an Associate Editor of Bourgeon.