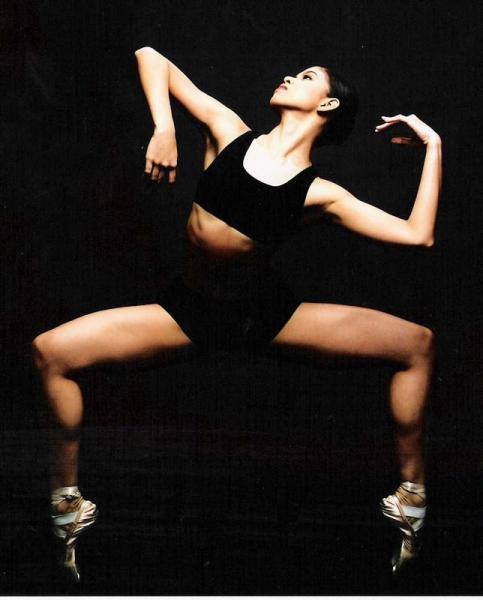 Mary Saludares, a gifted young member of Washington D.C.’s dance community, died on February 20th, 2009. She was 20 years old. A member of the Washington Ballet Studio Company, she passed after being struck by a car. At the time of the accident Mary was on tour in Baltimore performing with the company. As reported by Sarah Kaufman in the Washington Post,

“Saludares had danced a pas de deux in George Balanchine’s “Who Cares?” and returned to her hotel along with staff members and the other Studio Company dancers. The dancers’ plan was to spend the rest of the evening watching a movie, ballet officials said yesterday. Saludares and two other company members decided to walk across the highway to a convenience store for snacks. They didn’t make it. Bel Air police say Saludares dashed in front of an oncoming Chevy Impala about 10 p.m. while crossing Route 24. She was pronounced dead at Upper Chesapeake Medical Center an hour and a half later. The driver was not charged.”

The remainder of the tour was cancelled. 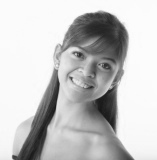 In the press release sent by The Washington Ballet, Artistic Director Septime Webre stated: “No words can describe the pain of losing Mary. She was not only a beautiful dancer, but a radiant soul who emitted peace, and joy. The entire Washington Ballet family mourns her passing, and extends its thoughts and prayers to Mary’s family.”

Local dance critic Carmel Morgan stated, “I noticed Mary immediately when I saw her perform this past fall. She caught my attention because she exuded such positive energy. I remember pouring through the names on the program to figure out which dancer she was. I was excited to have discovered her.”

In Jean Marbella’s article in the Baltimore Sun, Washington School of Ballet director Kee-Juan Han is quoted saying, “Some dancers have a lot of technique, that is their drive. But some dancers are born with a more innate quality. For Mary, everything came from inside. She had this passion. Even at rehearsal, she danced as if she was on stage.”

Robert Mulvey (15), a Washington School of Ballet student quoted in the same article, stated “I still picture her dancing, how beautiful she was. I used to do a pas de deux class with her, and she was very easy to partner. But we never did a show together.”

To the many who knew her socially, Mary was a loving and loved friend. She laughed easily, and possessed a depth unusual for any age. A longtime friend and colleague of Mary’s posted the following on his blog:

“You knew how to have a great time. But you were my friend because you also had substance. You weren’t just a girl in the world. You had brains, heart, and passion. You loved your family, friends, and teachers. Unlike me, you were very vocal about this. You were a university and college scholar at UP and made sure you got good grades. You would work on your roles with passion and ferver. Always testing how far you could go. We could talk about life and love for hours on end. Even though I missed you, I was really happy you were in the States to realize your dream. We shared the dream, didn’t we? To dance for others and touch lives through our art.

I was looking forward to seeing you this May. I was hoping that Steps would have us partner again. I was looking forward to your jokes, your kwento’s and your company. Now, I am glad I was able to tell you a few weeks ago that I miss you and that I love you. Yes, Mary, I will mourn for you. And I will remember you. But I will also rejoice because you are in heaven. There is no better place to be than there.”

The Washington Ballet has established a fund to defray the Saludares’ funeral expenses, and plans to hold a memorial service early next month, though a date has not been set. The accident was reported in the Baltimore Sun, and later on DCist.