Jonathan Morris on The Low End 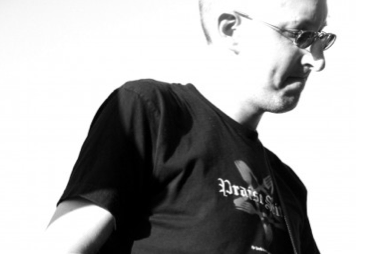 Lately, I am trying to understand where my music exists in relation to the larger cultural space. I don’t have any great answers, but I do think my music relates to classical chamber music. I’ve been exploring the idea of modern chamber music with my new group, The Low End String Quartet.

Historically, chamber music was the music performed in the ‘chambers’ of homes. As opposed to orchestra music, chamber music was written for small ensembles to perform in small spaces. In terms of how it is written, and played, my music frequently functions like chamber music. But my music is often amplified, so while it is ‘classical’, it is also electronic. Here’s an example:

shut up and listen

So what is flourishing in ‘chamber’ venues today? Small venues are dominated by struggling rock bands, and in rare instances, jazz groups. Today’s chamber music is happening in dive-bars, coffeshops, and clubs. These are the places where audiences expect to be in close proximity to the performers, to look them in the eye, to really experience a performance as though you’re all in the same room.

‘ve been performing in small clubs frequently over the last several years. I have a handle on how they work, and some inkling about what music works well there and what doesn’t. My avant-jazz group, the DC Improvisers Collective, does pretty well in the small club scenario – but we’re pretty loud. As a composer I have this interest in chamber music: the problem now is how to bring “classical” musicians into the small club venue and make it viable.

The main obstacle to performance in small clubs is noise. The audience is noisy, the bar is noisy. In a coffee house setting, the espresso machine is noisy. A secondary obstacle is the audience itself. People go to bars and clubs for a social experience, not necessarily an artistic one. A successful club show has to both survive the noisy atmosphere and gain the attention of our potential audience. It’s not enough to engineer the instrumentation of the group for this environment, we have to design the music to not only survive, but to thrive.

Changing the instrumentation of the classical quartet model is one important step. The classical string quartet contains two violins, a viola, and a cello. I’m taking away one violin and the viola, adding upright bass and electric guitar. The guitar and cello share similar ranges, so the net effect is similar to doubling the cello, re-balancing the weight of the group towards the lower register. All instruments are amplified, so we’re not only lower than a typical string quartet, but we’re louder. Much louder.

We plan to start gigging around the area this spring. If you’d like to keep up with The Low End String Quartet, you can check our website: http://lesq.alkem.org. There are some downloads on there of stuff we’re working on. Low End String Quartet also has a myspace page: http://myspace.com/lesq. Finally, you can shoot me an email and I’d be happy to add you to our list. You can reach me at J_matis@yahoo.com.

Jonathan Matis has been composing and performing many types of music professionally since 1993. His interest in combining improvisation and composition led him to graduate studies in composition at the Hartt School of Music where he studied with Robert Carl and David Macbride. In March of 2006, he was invited to Philadelphia to compose and perform as part of a residency with Pauline Oliveros and her Deep Listening Band. In the summer of 2005, he was selected for participation in the Oregon Bach Festival Composers Symposium. He has been leading his own genre-bending ensembles for over fifteen years, and has performed in venues across the country; as diverse as the Kennedy Center and CBGB’s. Jonathan has been collaborating with a variety of choreographers for the past several years, and has generated many pieces for dance. He has been a finalist for the Metro DC Dance Award in music composition for two consecutive years. Jonathan leads the DC Improvisers Collective, a free jazz ensemble; the Low End String Quartet, a re-imagining of the classical standard; and Eigenvalues, a duo project exploring the possibilities of spoken-word and electronic processing.

P.S. (from Jonathan) – While exploring how to succeed with classical music in a rock venue, I’ve been looking at how/why rock succeeds so well. One of the things I notice is the use of repetition. I’ve been applying that to some of my new compositions. Creating a counterpoint of repeating phrases is nothing new (see: Minimalism, for example: Steve Reich, Terry Riley, etc.). This approach is an easy shortcut to the gray area where rock, jazz, and post-classical music intersect. We’re using these things as starting points, and we’re just starting to hear where it might lead next.