Nancy Havlik on Turn To Zero 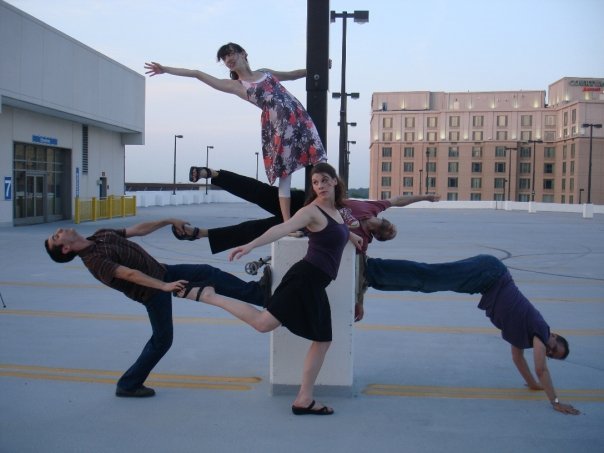 My new dance/theater work, Turn To Zero, is inspired by these lines of poetry:

I find the mystery of Adrienne Rich’s lines and the specificity of the directions intriguing.

I wanted to “frame” this kernel in a performance. I began by writing my own set of directions. I created my directions with timed free-writings, in an attempt to take my brain to the same place it goes when I do movement improvisation. I then culled what seemed the most intriguing and true passages. 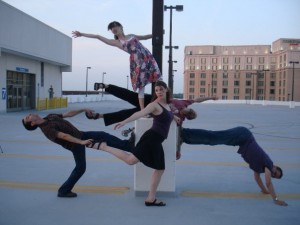 My directions include: “Turn the meter to zero. Get out and stand on your own two feet. Find true North and face in the opposite direction. Make sure your shoes are tied. Move briskly and optimistically toward your goal, singing a cheerful ode if you’re so inclined.” Using the same process, my dancers added directions of their own. Free association writing has influenced both the content and the structure of this dance. The work is beginning to look like a demented musical comedy. One of the dancers, Ken Manheimer, created lines including:

“First check your mirrors to make sure they’re pointed in the right direction. Check yourself next to confirm that you’re pointed where the mirrors are not.”

There is an insightful, anarchic whimsy in our lines that permeates to the whole of the piece.

I was strongly inclined NOT to consider a traditional dance venue for the performance. I love the Josephine Butler Parks Center and liked the idea of “site” performance for this. I have done several shows at the Butler Center. My dances looked good there. In September I met Ara Fitzgerald in New York when our work was presented in the same showcase. I had loved her solo “On Looking Back” based on the Eurdice/Orpheus story, and so I invited her to be a part of the evening. I realized the Butler Center had a grand piano and asked my friend Andy Torres to sing. He suggested music from “Black Orpheus” with James Foster as accompanist. Amanda Abrams and Lotta Lundgren accepted an invitation to lead the audience on a dance journey through the house to begin the show and Jessica Merchant agreed to “light” the house to create our world. I have done many dance site performances, but this project feels more fully realized with each part supporting the entire evening.

Turn To Zero is a journey for me, and my ensemble, in search of some resolution between “Mad Hatter” outside world rules and “Follow The Rainbow” dreams. My hope is that this performance will take the audience out of their ordinary world for a little, returning them with new possibilities of direction.

Here is a clip from a recent rehearsal:

If you have any questions, or would like to know more, please let me know. And don’t forget to come see the performance. The information is below.-Nancy Havlik

Words to the song featured in the video written by Daniel Barbiero.