The State of American Dance by Nejla Yatkin 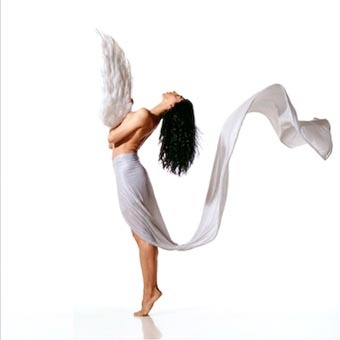 I have been thinking about this question for a while now, and realize it is hard to sum it up in a book, let alone a short article. Essentially, I see the answer as twofold. The first concerns a rather mundane, practical matter – what is the effect of economic factors on dance? The second concerns two more broadly philosophical issues – what is the role of dance in our society and what should it be? I believe this two connect, uncomfortably.

As artists attempting to practice our craft, we are all aware of the financial situation: federal money for dance is being cut – especially for individual artists. Dance creators must therefore spend more time looking for funding – running businesses rather than thinking, experimenting and creating. Yet large companies (e.g., Ailey, Cunningham, Taylor, Graham, Limon) continue to be supported – extracting ever-larger sections of a smaller pie. The rest of us hustle – seeking not-for-profit status with pro-bono lawyers who have little pro in their bono; seeking patrons and rich friends to donate or commission with shoestrings that we can live with; writing grants, writing memos, writing letters, writing more grants, writing letters of inquiry about grants, writing budgets for grants, writing memos about budgets for grants, and so on.

Of course, I do not mean to suggest that this is new. Artists of all generations have been subject to similar deprivations. I do suggest that our current troubles are caught within the matrix of decreasing budgetary allocations for social functions, increasing privatization that excludes a great many communities, as well as dramatic declines in all activities that take place outside of the home. This is all problematic because it decreases experimentation and innovation – art itself.

If we accept the old adage that if it ain’t broke, don’t fix it, then investing in already established dance companies is likely to lead to greater stagnation. Stagnation in art does not help art grow, thrive, evolve; indeed, it kills it. While this should be creating a panic throughout the society – a national emergency as “our” dance is dying – this has not been the case. The graveness of the situation and lack of attention to it leads to my second point.

Is the way of the American future in the European past? In January, I attended a very informative panel discussion, hosted by Dance/USA, where they asked: “how is American dance perceived overseas?” Although a great many issues were raised, the comment that stuck with me the most was the view that American Dance seemed dated, low in production value and that there was not much support from the US government to send companies overseas. At present, all Europe and the rest of the world sees are the traditional style companies (the usual suspects identified above). Where are the emerging artists and smaller companies – the more creative, the more risk taking? Generally, these are the companies that are not able to go and thus what is performed in Europe really is dated. I receive many invitations to perform in other countries but have nowhere to go to get help with touring. I am an individual artist but I cannot tour with a staff because most of the organizations don’t have the money to pay for multiple airline tickets. So when I tour I cannot tour pieces that require a demanding production. This problem is not unique to me – it reflects a systemic issue.

The Dance/USA event struck another chord for it sent me into something of a time warp. In the 1980’s, when I was a student in Germany, everything was about American Dance. Europe (and most of the non-European world for that matter) looked to America for Dance. Everybody wanted to learn to dance like Americans, everybody wanted to bring in American Dance in some way. Back then, Pina Bausch was disliked in Germany and was thought of as dated. Today, even Pina Bausch is more “cutting edge” then American Dance and she is brought to the United States, receiving rave reviews. What happened? Why is Bausch now in and Americans are looking to European dance? Two things explain this.

First, I think one of the factors is that the NEA’s fellowships for individual choreographers got diminished, leaving many creative people stranded – risk taking and conservatism lead to a decrease in funding and so innovation in the United States. At the same time, European Dance was largely supported by their governments (federal, state as well as local with a chance for regional through the European Union). As a result, the companies can there take bigger risks, and the production values are higher. This should lead us to ask: why do European governments value dance more than the American government? Is there something about the public good served by movement art that is deemed worthy of support abroad that is not seen here? If so, what is it? This is where we need to move the discussion.

Second, we have to focus on overcoming the gap between commercial and concert dance. Currently, it seems that when you don’t use dance vocabulary in your performance, you are making an artistic statement, but if you do use dance vocabulary, then you are condemned by the artistic community for doing so. Directly related to the issue discu$$ed above, the paradox is simple: the ticket-buying audience likes performances that it can recognize (i.e., which it has been exposed to before), but funders and dance venues for emerging artists say that artists need to take risks and create something new. In this situation, one ends up getting a couple of dollars to take a risk that nobody wants to see because the rest of the world doesn’t care about risk taking and personal recovery/discovery. To survive, dance will need to create bridges to the different sides. We must support the full range of modern dance but we must also educate audiences about what we are doing. While I am pessimistic about our collective ability to overcome the challenges identified above, it is clear to me that the time for such an effort could not be more opportune.

After a long drought, dance seems again popular in American culture. Every other commercial has dance in it – from The Gap, to I-Pod, to Verizon. There are multiple dance shows on – “You think you can Dance”, “Dancing with the Stars”, and even American Idol has people taking a few steps. Music videos are essentially short dance-music movies. Feature films like “Take the Lead,” “Center Stage”. “Bring it On,” “You Got Served.” “Chicago”, “Stomp the Yard,” appeal to massive audiences. If we were ever able to develop an audience, this is the time.

My proposal is thus a simple one: we need a national conversation on the state of dance. Not a conversation of dancers, choreographers, companies and funders that have “national” stature but a truly national conversation of these people but also those below the high-profile radar screen: local and regional dancers, choreographers, companies and funders, ticket-buyers, movie and video watchers as well as the non-ticket-buyers. We need an assessment of where we have been, where we are and where we want to go. We also need an assessment of who is joining us on this trek and who has never come, is never going to come and (in certain circumstances) will actively work to block us. Truly I believe data collection by social scientists on these issues would be worthwhile, as well. With this type of information, we would have more informed conversation, more informed reforms, as well as more informed advocacy. There is no progress without struggle but there is no struggle without information and conversation. 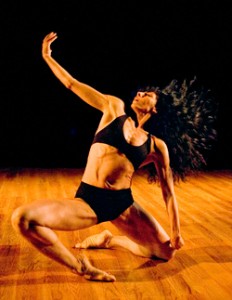 Nejla Y. Yatkin graduated with her masters in Dance and Choreography from Die Etage – a Professional Performing Arts Conservatory in Berlin, Germany. Ms. Yatkin is currently based in Washington, DC pursuing her solo career: dancing, choreographing and giving workshops at international and national festivals. Since the fall of 2001, she is a Professor of Dance at the University of Maryland-College Park. Ms Yatkin has performed all over the US, Brazil, England, Canada, Colombia, Germany, Hungary, Italy,Mexico, Russia, Taiwan, Ukraine and Yugoslavia. She has been awarded numerous grants to create and perform from Arts International, the National Performance Network, the National Endowment for the Arts, the National Foundation for the Advancement in the Arts, the Kennedy Center, the D.C. Commission of the Arts and Humanities and the University of Maryland. Her work has been commissioned by Dallas Black Dance Theatre, Cleo Parker Robinson Dance Ensemble among many others and presented at Dance Place (D.C.), Lincoln Center Out-of-doors, the Kennedy Center (D.C.) among other places. To date, Ms. Yatkin has received six awards from the Metro D.C. Dance Awards, including two “Outstanding Individual Performance,” “Best Scenic Design”, “Best Multi-Media Performance” as well as “Outstanding Overall Production in a small Venue. In 2005 she was named by Dance Magazine as one of “Top 25 to watch” and “Outstanding Emerging Artist” by the D.C. Mayor’s Arts Award Committee. Her professional dance experience includes dancing as a principal with numerous companies: Fountainhead Tanz Theater, Dance Butter Tokyo, Pyro Space Ballet in Germany and Cleo Parker Robinson, Dayton Contemporary Dance Company in the United States. She has worked with such leading choreographers as Donald McKayle, Eleo Pomare, Anzu Furukawa, Dianne McIntyre, Katherine Dunham, Ron Brown, among many others. For more information please visit www.ny2dance.com.