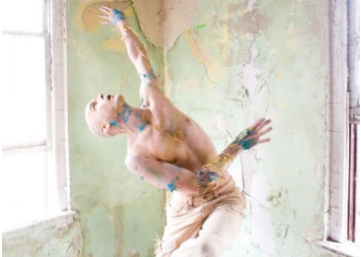 Just as the most complex of human movements are based upon the foundations lain by primitive. Upon this complex is lain language. Upon language our verbal arts. Upon verbal arts our mass communication. We have developed towering edifices of communication; living large in the penthouse we forget the basement pumps supplying our oxygen and heat.

Dance as an art form is the stark meeting of subtle and obvious, primordial and modern, cultured and primitive: a reminder, however unconscious, of our roots, our animal matrix, our pre-civilized selves that skulk too often ignored in our cellars. As both a formalized language and also a pure somatic expression, dance can create this connection. We operate on a daily basis through spoken language or a formalized movement language. Unconscious movement, posture, and expression offer subtlety and power of meaning to those languages. More significantly, movement offers a directness of experience and communication the loss of which we suffer in our quest for clarity. Behind all conversations and arguments, poems and paintings, lies a longing for touch, a desire to push, or pull, or slap, or embrace. 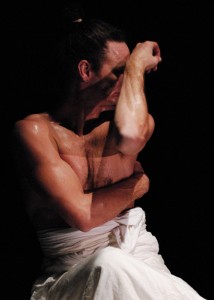 Our popular culture, and even our art, is increasingly spoon-feed to us. The joke is explained before the punch line delivered: we are told not only what we are viewing, but what to think of it, how to feel, how to respond. In reaction, we have developed a cult of surprise that presents surprise for surprises sake. The upsetting of expectation is too often obvious, creating too immediately its own expectations, shutting off dialogue or open viewing, limiting instead of expanding options. As a choreographer, I seek a subtler play. This can be as simple as following a repetitive pattern through the rhythm of expectations: expecting more repetition, expecting change, again expecting more repetition, again expecting change, getting annoyed or bored, getting lulled or mesmerized, pulling back out from this lull, perhaps, maybe finally reaching a place of expectationless appreciation. As artists, let us offer choices to an audience we respect enough to trust with choice.

What all of this holds in common is an interest in expanding possibilities. Any tool: a carving implement, a computer, a meditation practice, a dance technique, the surprising of expectations can serve either to limit or to expand possibilities. Tools serve to focus attention and energy on something other a sculpture, an essay, a spiritual state, a bodily expression, a sense of new possibility yet we too often glory in our ability to create and use tools, and focus on the tool instead of the task. If we are truly creatures unable to avoid creating meaning where only being existed, then let us be conscious and creative in this task. We are remarkably able to adapt: though generally loath to, when we do enter an unfamiliar world, a world of dreams or an otherworldly dance performance, a world at odds with that which we believe we inhabit, this new world becomes ours, if only for a night or a performance. In so entering and inhabiting, we find beauty in places we would not have expected: beauty in this new world where there was ugliness in another. And we carry new skills at finding meaning and finding beauty back to the world of our daily life: a world which desperately needs meaning and beauty.

Jonathan Meyer began dancing at Oberlin College in 1990 and graduated with a BA in dance from the University of North Carolina at Greensboro in 1996. In addition to modern and post-modern techniques, he has studied ballet, capoeira, butoh, and other movement forms. All find their way into an eclectic choreography unified by an understanding of chaos as the primal creative font, reflected by the name “khecari,” a Sanskrit word for creation that translates “moving in the void” or “dancing in the abyss.” Meyer has danced professionally in the United States, Canada, Europe, and South America. He founded Khecari Dance Theatre in January 2002 and serves as Artistic Director.