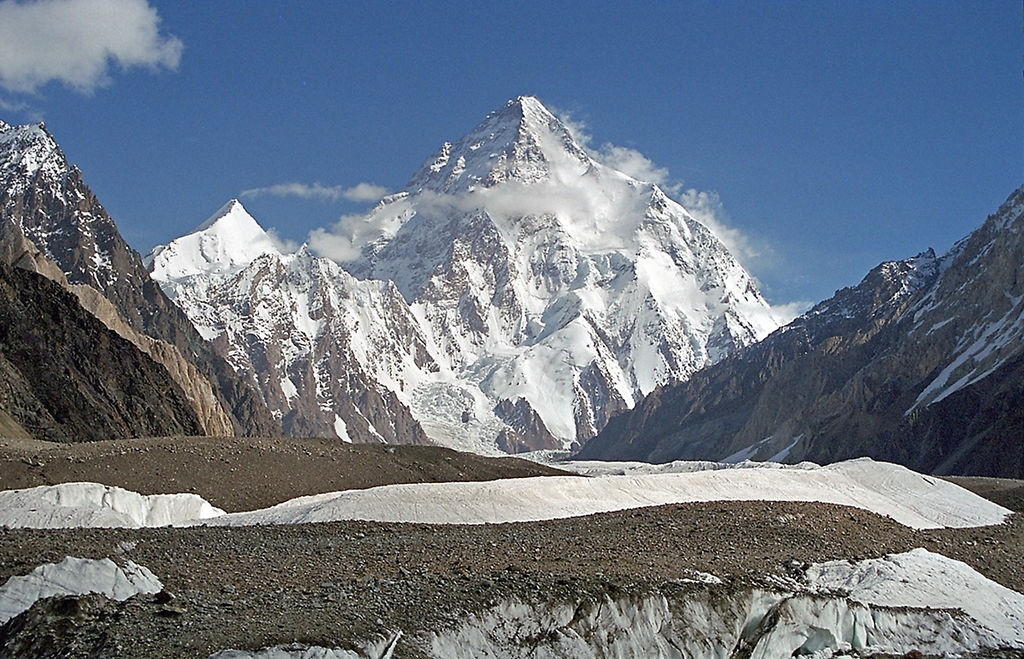 The mountain fell. Ice. No resistance.
Canyon floor far below.
What would the wives know?
Crampon, piton, stance.
The cloud bellowed. Rope
Grew tight. Afternoon faded
Into night. The coombe,
The scarp, the fall.
Three thousand years
pass. A pouch. Something
other than a dream.
Tattoos on frozen skin.
Flint point beneath a shoulder blade.
Descending into shade. Mushrooms
no avail. Nor copper ax.
The scree, scruff, muscle.
No thought. Death. Enough.

Its back, she says, as if it is a single thing
returning like a boomerang
and she can beseech power
across the table, an unruffled pool
her hands rest upon.
Her words drop in it like stones.
It. Back. Again. As if it were alone,
and not one but three. Each entering
in turn. Like a menu. Each courses paired.
Each with its own prescription, utensil.
Kidney. Brain. Now lung, she says.
He can’t swallow.
It is only a matter of time.
A single reservation has been made.
The place-card has been engraved.
She says, you should have known him then,
like the spool of time could be rewound
and propped like a bolt of cloth in a corner,
seen at last for what it really was
instead of only guessed.

Later, she remembers words,
a favorite meditation,
a grace to introduce a service for the dead.