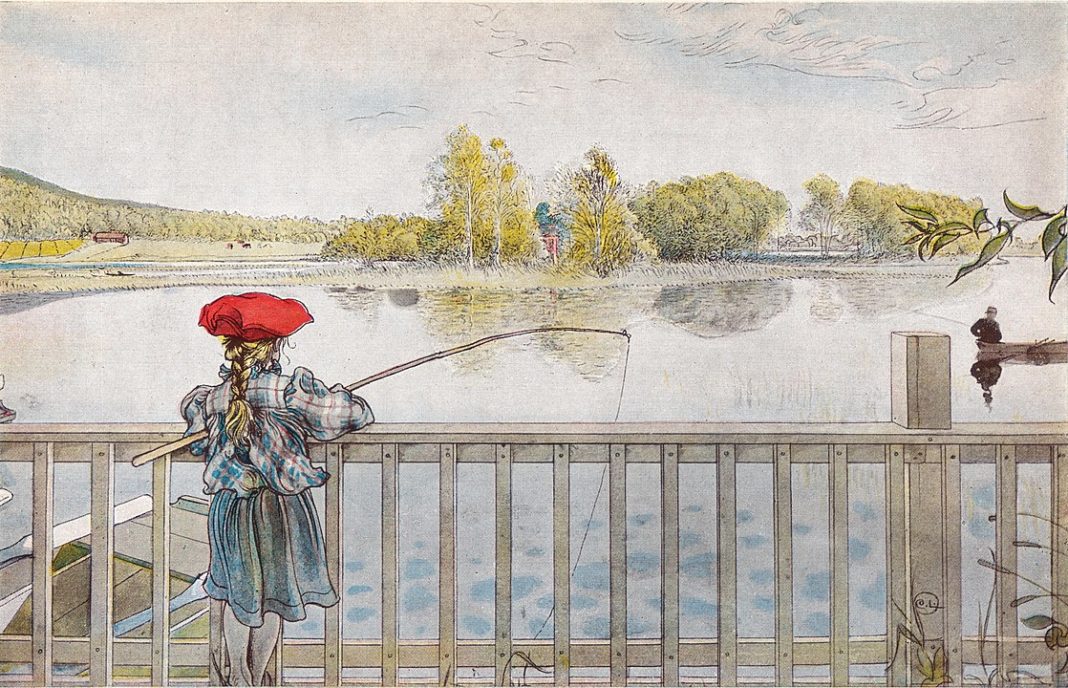 The grandfather I never knew fished for hornpout
in a pond I heard about but never saw.

There my mother’s family spent summers,
less than a half-hour’s drive from the city.

Unless they fished in clear water,
hornpout tastes like mud, which not even

I Google Ashburnham to see the pond
not quite sparkle under a brilliant sky.

The surface hides mud, weeds, a murder victim.
No one fishes now, and the houses for sale

are far grander than that summer-time shack
without electricity, without running water.

The trees are smaller than they would have been
before the hurricane, the year my mother turned twelve,

the year she stopped fishing.

Flying into Warsaw in Another Life

In this life, the eastbound airplane
simply hangs above the toy landscape:
cotton ball clouds; tiny, nameless trees:
the ocean, a smooth, dark sheet
without trash or fish or shipwrecks.

Tomorrow morning I land in Poland,
my grandfather’s country, country of trees
with yellowed leaves and peeling bark,
of cobblestones coated with cigarette smoke,
of lumbering oxen and steam trains,
of people who look like me
but swish and swallow vinegary consonants
that burn going down an American’s throat.

In this life, I don’t know
that Grampy never lived in Poland.
In his own village, near Vilnius,
his words, a foreign language, swirled
like wood smoke in morning air.

After Sara Parent-Ramos’ exhibit However Because

At this party,
humans are mingling with
ceramics.
Some know each other.
Most don’t.  I clutch,

my phone, dancing in and
out of this
game in which we guess
the other’s names.

the vanished
artist’s nameless children,
hidden from our
winter world of mud and
pelting rain.

Marianne Szlyk is a professor of English and Reading at Montgomery College.  She also edits The Song Is… a blog-zine for poetry and prose inspired by music (especially jazz). Her book, On the Other Side of the Window, is now available on Amazon. In July 2019, she was part of Tupelo Press’ 30/30 Project.  Her poems have also appeared in of/with, bird’s thumb, Loch Raven Review, Solidago, Sycorax Review, Red Bird Chapbook’s Weekly Read, Young Ravens Literary Review, Music of the Aztecs, and Resurrection of a Sunflower, an anthology of work responding to Vincent Van Gogh’s art. She invites you to stop by her blog-zine and perhaps even submit some poems:
http://thesongis.blogspot.com