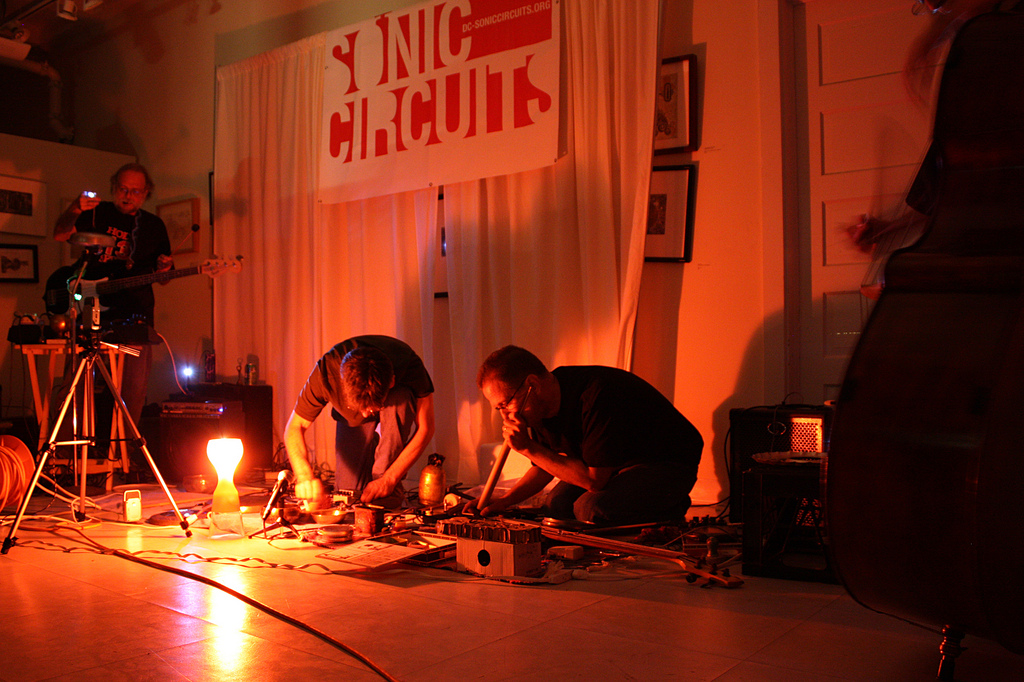 While we might think of pitch, melody, and harmony as traditionally musical elements, non-musical elements and objects also have a place in contemporary improvised music. I play the double bass, and experiment with space, or musical silences filled by ambient sound, and texture, the particular quality or color that gives each sound its defining character. With both of these elements, I hope to focus the listener’s perception not only on the improvisation as it unfolds, but on the act of perception itself.

Many of my improvisations include stretches of silence in which I and/or my collaborators do not play. These silent spaces function as a means of ordering the sound events, both separating and connecting them within the overall architecture of the improvisation. They also allow the listener to gather in the improvisation as a whole, and to become aware of the act of listening itself. (When we find ourselves listening to silence, we are in effect listening to listening.)

When I play with improvisational groups, such as Liquid Friction Assemblage, nine_strings, or Mercury Fools the Alchemist, my collaborators and I listen to the open spaces we create around each other. One of us might fill in a silence left by another, or we may simply leave the silences to stand by themselves. We do this more or less spontaneously, as we create unplanned but mutually agreed-upon lacunae with which we can balance and bind the sounds we create with our instruments.

On the double bass, I can alter the texture of my sound by bowing or plucking, or at a more subtle level, by varying the pressure or placement of the bow, its speed across the string, or by bowing across or below the bridge. These textures dramatize the colors that are an integral part of the sound envelope of the musical note, and which impart essential information about the note, such as what kind of instrument—e.g., string, wind, or percussion—produced it. To add another layer of texture to the sound, I can prepare the bass by introducing non-musical objects into it, such as chopsticks or pieces of cardboard threaded between the strings, or binder clips attached to the bridge.

My collaborators may contribute to the foregrounding of texture by creating sounds from a variety of non-musical objects—for example, running a violin bow across metal, amplifying rolling marbles in a box rigged with contact microphones, or scraping and rubbing surfaces of everyday objects such as springs and kitchen implements. Although produced by non-musical objects, these textures serve to highlight the color nuances of the more conventional musical sounds we create, underscoring the fact that there is a timbral element to pitch and focusing the listener’s attention to this sometimes neglected, sometimes taken-for-granted dimension of pitch production.

When we move back and forth between pure textures and more conventional instruments, and between musical events and open silences, we allow the music to recontextualize the sometimes mundane, sometimes startling sounds surrounding it, and offer the listener an opportunity to heighten his or her awareness of silence and texture as essential elements of the sound environment we all inhabit, whether listening to a musical performance or going about our daily lives. 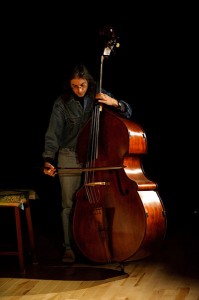 A native of New Haven, CT, Daniel Barbiero has been active in improvised and experimental music in the Baltimore-Washington area for several years as a performer, composer, and ensemble leader. His music reflects his long-standing engagement with scalar and free improvisation, aleatory composition, and alternative methods of scoring for mixed ensembles. His creative activities have included leading and composing for the ensembles Shape Memory Alloy and Third Object Orchestra; he has collaborated with pianist Nobu Stowe and electronic sound sculptor Lee Pembleton, and backed Ictus Records percussionist Andrea Centazzo and Blue Note recording artist Greg Osby. In addition to his work with the Nancy Havlik Dance Performance Group, he currently plays in nine_strings, Liquid Friction Assemblage, and in the ambient/surrealist/improvisational trio Mercury Fools the Alchemist.