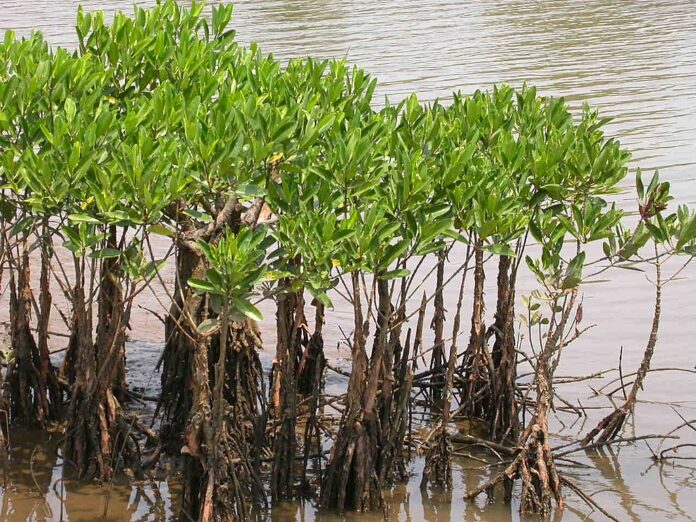 I had no idea
when I threw the mangrove seed,
wishing for brighter days,
clouds prowled over the mainland.

Perhaps my offering failed,
perhaps nothing could be done.
But the guilt that I carry
betrays the lingering love.

After I threw my farewell
spiraling into the silver-rimmed waves,
the real pain crept up.
When nothing more could be done.

After the prayers,
after lives are replanted,
then comes the limbo.
Too late to cry,
too early to laugh.

Months later, I returned
to shores warmed by memories.
I had no idea
what awaited me.

As my blistered feet
walked along the seawall,
dead sea grass
turned the air to salted mildew.

The mangrove my brother had planted
so many sunburns ago,
sprouting alone beside the dock,
had shriveled and blackened.

Only the cicadas remained,
appraising the pale man below,
before droning their scratching song.
But above the malaise
rose the sharpened chirps.

Stephen A. Roddewig is a marketing content writer living in northern Virginia. His work has previously been published in two separate Virginia’s Best Emerging Poets anthologies as well as the literary magazines ArtAscent and Gardy Loo. In addition, Stephen is now contracted to publish his first short story “Land’s End Light” in Abyss and Apex on January 1, 2022. When not writing, he enjoys collecting records and running races.