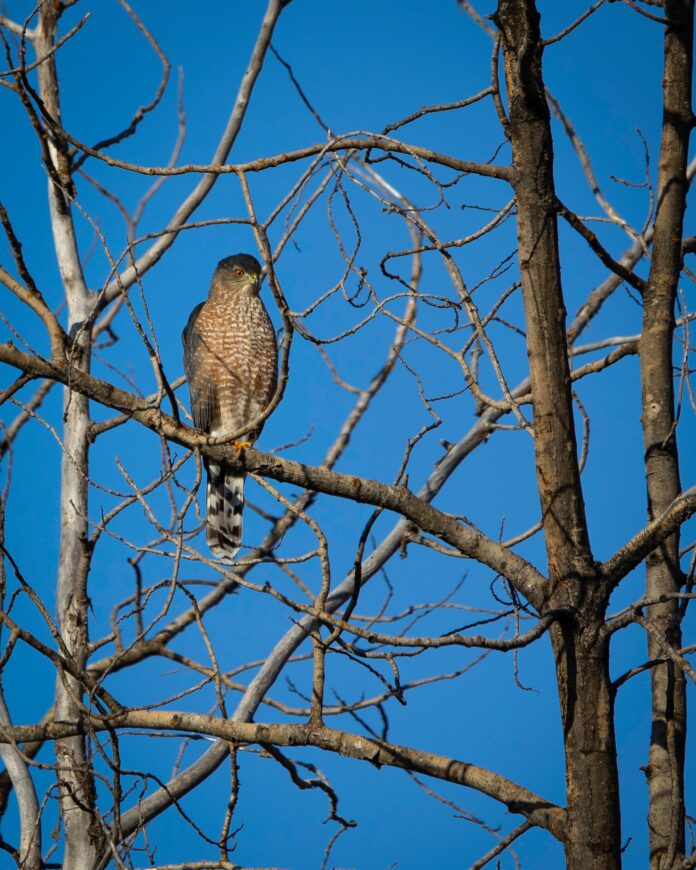 I walked today in Wilmington. No Biden sightings,

–the best of all my years of birding.

The Cooper’s Hawk is a bird.

It has surely happened somewhere

that a mother bluebird

with tiny babies in her nest has met her end

in the cruel claws and beak of a Cooper’s.

And her babies have starved, wailing in their nest.

the Cooper’s Hawk has not starved,

nor her plump babies.

I love the mother bluebird,

and I love her frantic infant birds,

and I love the stately Cooper’s Hawk,

and I love her sated babies.

Hawks are not humans.

But it is the sedimentary sadness of our story

that I carry such tenderness for them all.

just as the birds cannot stop

Christine M. Du Bois is an anthropologist of immigration, race relations, and food cultures.  She has published three non-fiction books, Images of West Indian Immigrants in Mass Media (LFB Scholarly, 2004), The World of Soy (University of IL Press,2008), and The Story of Soy (Reaktion Press, 2018). She lives in a hotbed of election happenings, near Philadelphia, where apparently bad things happen.  This is her first foray into poetry.

Photo by Pete Nuij on Unsplash