At the Bar by Karen Valentine 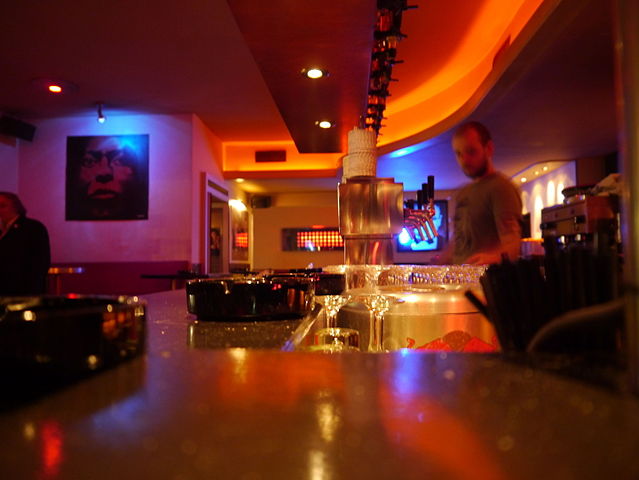 settle upon the bar counter

The barkeep smiles at no one in particular

as if born an automaton

No warmth offered as he brushes away your embarrassment

in three small sweeps of his meaty hand

Ivory foam floating on the surface of your next beer

Ice clinking in the glasses of others,

a disharmonic soundtrack for deadened ears

As the evening moon wanes

words taste sour with each “I’ll have another.”

into gray walls of the cold bar    recede

of your splintered heart

Her last words viral in your mind

You won’t hear again her rebuff

thinly disguised in that dismissive laughter

now drowned by the voices raging in your head

Your assumptions float wildly, liquored up

with her easy disdain

and your simmering self-contempt

No words can fill your space, only drink

the moon has been relieved by a sullen fog. 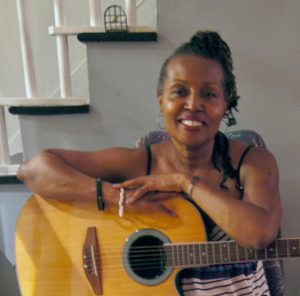 Karen D. Valentine is a Frederick, Maryland poet and writer. She has been writing poetry since age eleven—mostly in secret—until the early 2000’s. She has published several nonfiction pieces as a freelance reporter for local Maryland newspapers and also for the Frederick Playlist, an online music entertainment site sponsored by the Frederick News Post (http://frederickplaylist.com/uncategorized/led-zepplica-tribute-rocks-the-weinberg/ ).

Karen describes herself as “coming to the party late,” meaning that she couldn’t even admit to herself out loud, let alone publicly, that she was a poet. “I came of age believing I had a nice secret hobby for when I felt the need to vent or celebrate,” she says. “Didn’t dare think of myself as good enough to do anything more.” But she found that entering middle age brought with it profound clarity: she needed to write, especially poetry, whether in secret or public. Now she is working hard to improve her art for public consumption. (Better late than never.) Her first published creative work, a flash fiction story, appeared in the 2008 issue of Tuscarora Review and her short-short story “Miss Penelope,” published in the literary magazine Still Crazy (January 2015) was nominated for a Pushcart Prize. Karen is also nurturing a new passion for digital photography, which she “fell into” five years ago, and has exhibited some of her photos locally. She has worked at the Food and Drug Administration for over 20 years as a technical writer-editor to keep a roof over her head.