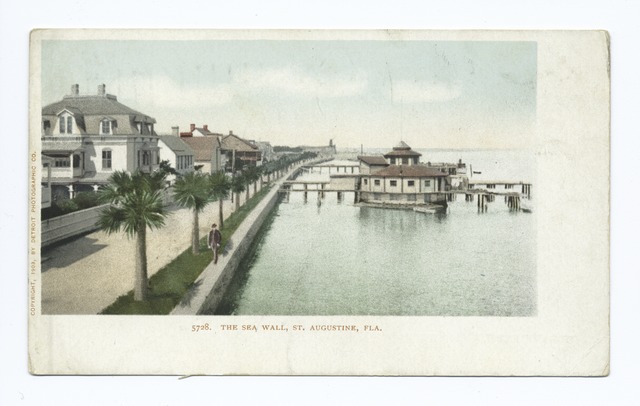 This morning we stand at the seawall,

my dancing daughter and I. As I circle her

with my arm and lean my head against her,

I know gravity in my bones. My body

is shortening itself earthward, and

friend death seems as close as the sea

which is wild today, swollen and loud,

and dependable as the stars for those

who learn its rhythms. The wind

messes our hair. The sun is a hint

of sun, a faceless god with pale electric

fingers. Oh my, we are so blessed,

exist, I finish our sentence as she bends

her head now down onto mine.

Yesterday she carried home a shell

from her snorkeling out there where

the blues are reddened by reef-bed,

an old conch covered with hardened

sea-life, holy with having been eaten.

My daughter’s daughter is waiting

for her up north of here where later today

she will be held and gazed at.

of daughters dancing back into time,

will touch her mother’s face

in the way of infants, her hands saying, 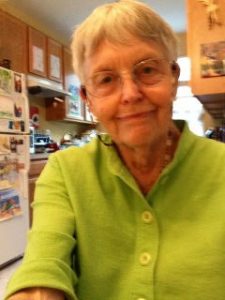 Maryhelen Snyder (Mel) has been writing poetry and prose for over 75 of her 85 years of experiencing the joy and complexity of being alive. She was named the 2016 Poet of the Year by Passager which also published her most recent book, Never the Loss of Wings. Among the poets she carries in her heart is Emily Dickinson who could express the inexpressible in lines such as this one: “A perfect — paralyzing Bliss —//Contented as Despair —”