The Substance of Glass by Michael Janis 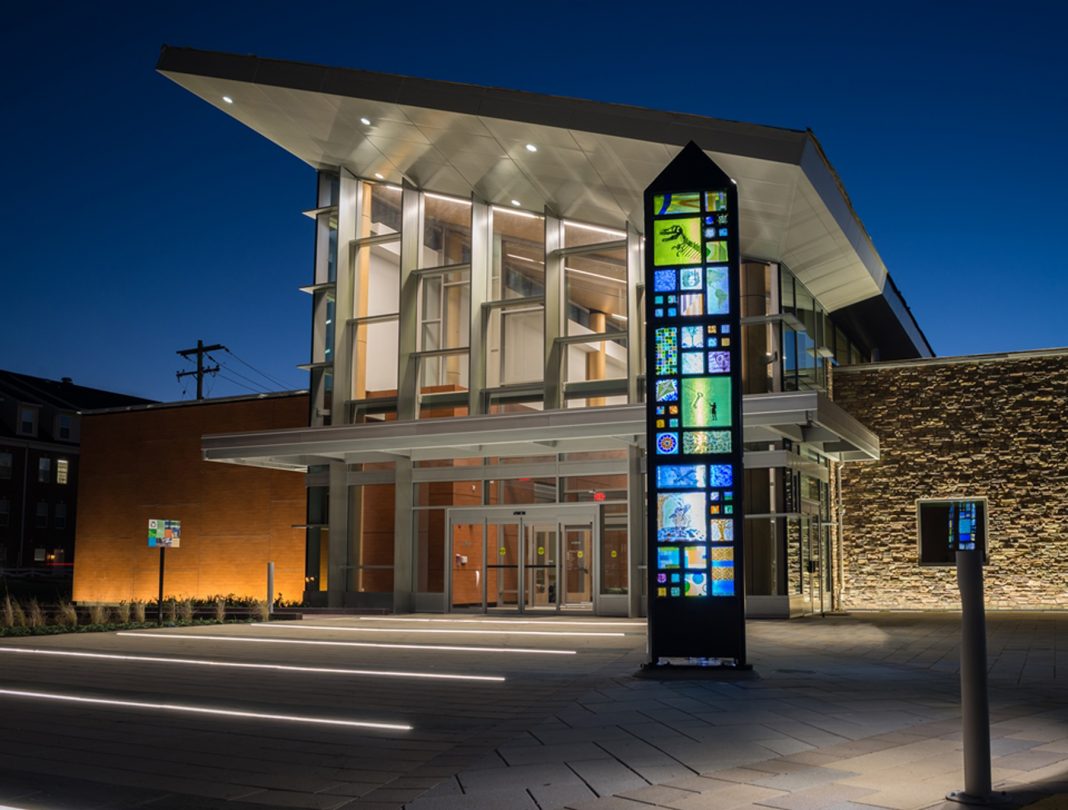 Glass is a seemingly untamable medium, continually floating in the lingering discourse between Art and Craft.

Since the start of the Studio Glass Movement, in the 1960’s in the United States, glass artists have worked the medium to communicate their concepts. While some artists continue to reflect the deep history of glass with traditional techniques, I explore contemporary art rather than craft production.

I make my glass powder drawings by sifting finely crushed colored glass onto sheets of flat glass. By scraping and scratching the powder with an X-acto knife or a rubber tipped shaper, I can create incredibly detailed imagery. I have an almost obsessive focus that served me well when I was an architect, and now allows me to sit for hours maneuvering frit powder into intricate forms that populate my narratives. I like engaging others with what I make, and incorporating both abstract and representational forms gives me the ability to tell stories and make the artwork something not just by me, but of me.

I try to control and manipulate glass dust into precise patterns, but once the work is loaded into the kiln, the heat and physics of the glass takes over and reshapes whatever I had created. The intense heat causes the glass to flow and move – and this often alters the glass colors and traps air bubbles in unexpected ways. I’ve come to accept this result as a kind of organic quality that is part of the firing process. To cover my bases, I do a mojo dance to appease the kiln gods for a successful firing.

Besides making my own artwork, I am one of three Co-Directors of the Washington Glass School and Washington Glass Studio. For the Studio projects, I am challenged to work in different scales and methodologies. It helps to be flexible in design when working on public art sculpture, as many factors and outside players can have control over the resulting artwork. Many times the original concept has to be heavily modified and a more collaborative approach implemented. For the internally illuminated public art sculpture installed at Prince George’s County’s new Laurel library, the residents of the area were invited to make the inset panels in a series of glass quilting-bee workshops held at the Washington Glass School. In making the artwork in a collaborative way, we wanted to increase the place-sensitivity and create a tribute to the community’s identity. The neighborhood residents were excited to be able to see their glass artworks assembled into a tower and they feel really connected to the artwork.

At the Washington Glass School, the students and artists are encouraged to learn their craft, and then move beyond technique. This spring the Washington Glass School and the Virginia Glass Guild are hosting a joint exhibition, Embracing Narrative, as part of the Glass Art Society conference that will be held Norfolk, Virginia. The juried show, at the Portsmouth Art & Cultural Center from March 3 – June 4, 2017, will examine the art of storytelling, personal experiences, and social commentary through sculptural works in glass.

Michael Janis developed a focus on glass after working for twenty years as an architect in the United States and Australia. Co-Director of the Washington Glass School, Janis has also taught at the UK’s National Glass Centre at the University of Sunderland, Penland School of Crafts, California’s Bay Area Glass Institute, Cleveland Institute of Art, and The Glass Furnace (Istanbul, Turkey). Awarded a Fulbright Scholarship in 2012, he became an Artist-in-Residence at the Institute for International Research in Glass (IIRG) at the University of Sunderland. Janis’ artwork has been shown at major galleries and international art fairs and is included in the permanent collection of the Art Institute of Chicago. In 2011, Janis had a solo exhibition of his artwork at the Fuller Craft Museum (Massachusetts), and was named a “Rising Star” by the Creative Glass Center of America. The James Renwick Alliance named him “Distinguished Artist 2013/2014 and had him present his work at the Smithsonian American Art Museum. Janis was awarded Washington, DC’s prestigious Mayor’s Arts Award for Excellence in the Arts in 2016. His work is represented by Maurine Littleton Gallery in Washington, DC, Habatat Galleries in Royal Oak, MI, and Stewart Fine Art, Boca Raton, FL.

Featured image in this post is the Public Art Glass created for the Laurel, Maryland Public Library by the Washington Glass Studio.