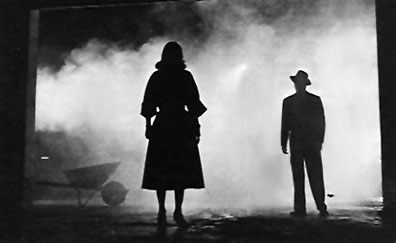 before the movies infiltrated their thoughts.

He himself has become his own Steven Spielberg—

or, depending on his mood of the hour,

his own Hitchcock, Bergman, Eastwood, Scorsese.

A jump cut to escape an angry boss

or lover, a stop trick to remove the same,

a tracking shot down a much-loved place

real or imagined, or—strictly as needed—

a battalion of bullies cut down by wizards

or chewed by CGI dinosaurs:

But what of those who lived before even Chaplin?

What fraction of people even saw live actors

on flat stages ranting and boxing the air?

Fatslug wonders if the pages of mauve exposition

in novels, the fancies of sonnets and odes,

the tales of ghosts misting through the dark

provided the images for unwired minds

and their imaginations did the rest.

Jump cuts and stop tricks would have been of the Devil;

could anyone admit to these before

Georges Melies gouged out the eye of the moon?

Did movies bring these tricks to humanity

or merely unveil them in the literal world?

These are things Fatslug ponders, remote in hand,

as his TV feeds him news from blighted places

beyond movies or novels or even ghost stories,

where the men setting houses and children on fire

are as real as tyrannosauruses.

To Fatslug, the World is a Voynich Manuscript

puffy letters melting into each other

on the sides of rail cars, hip-hop hieroglyphics

sprayed onto random walls and sidewalks.

Growing between the cracks of this alphabet

are weeds of uncertain growth and scabby bloom.

No botanist has ever acknowledged them.

No sane one would even try.

Fatslug emerges from his doorway crevice

into a street filled with cuneiform faces,

gazing at concrete as he tries to hide

the strange, indecipherable growth of his heart. 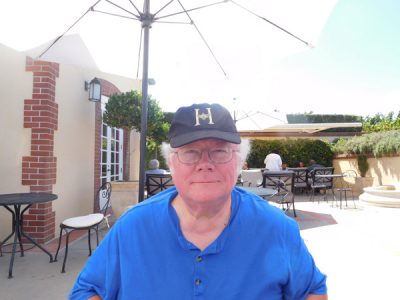 Miles David Moore is founder and host of the IOTA Poetry Reading Series in Arlington, Va., and the author of three books of poetry. In April 2016, the Arlington Arts Council gave him an award for his services to poetry in Arlington County.