I’m sitting in the darkroom writing this by hand. My laptop is tied up making new images and my phone, acting as an extension of my laptop’s screen, is sitting in the photo enlarger casting images through the enlarging lens onto light sensitive paper below. By the glow of the darkroom safelight I am an artist straddling the digital/analog divide: producing algorithmically generated digital images recorded on light-sensitive paper while handwriting text later to be transcribed for digital publication.

Days later, as I’m typing my words into the computer and reflecting on what I’ve written, I’m enjoying how natural it feels for my artwork to be in both the analog and digital worlds. It wasn’t always that way. For years I rejected digital media. I was convinced that anything that mattered in photo technique was done in the darkroom. When I was introduced to Photoshop in the 90’s I saw it as no more than trickery. I used the computer for e-mail and databases, and occasionally for games, but I didn’t see it as a device for art. And the more I used the computer (for work and personal communication) the further I moved my artistic practice into the analog. I valued and enjoyed the tactile quality of the darkroom (not the mouse driven execution of commands and instructions.)

A turning point occurred in graduate school, where my research focused on the fragility of digital data compared to traditional photographic and archiving methods. The more I dug into the research on digital image creation and storage the more inspired I became to exploit it in my artwork. For more than a decade now the construction of the digital image and time-based media have been research stimuli for my work. Investigating the processes of storing data and the “material” that makes up digital images (code and pixels) led me to use those processes to make images.

In the last decade I’ve created images by processing the underlying binary code, and also made images directly from code. More recently my explorations have expanded to the screen and metadata, the substrate and the surface. These are the elements of art that are often overlooked, taken for granted. It’s the disconnect between the image and its presentation, between technology and technique, between content and the medium, that frames my creative practice now. The conjoining of material, experience, and process is what has driven me back into the darkroom — with the computer by my side.

Somewhere along the way, somewhere during my artistic growth, I began to consider my art as having a pedagogical imperative. I want to understand how things are constructed and feel compelled to present that to others, not just in a classroom setting, but through the art itself. Many of my projects culminate with digital interactive installations that reveal something about the technological processes I’ve been investigating. The nice part about those installations is that I’m able to immerse my viewers, sharing the creative output and creation process on multiple levels.

Each project I undertake is a part of an ongoing research process that includes understanding and exploring the digital world, and each installation is a marker in my own understanding. I’m not sure if my current work, these “iPhone Pixel Trails”, will be leading to something further or if they’re simply an exploration in and of themselves, but as I continue to work on them, I’m sure I’ll find a stopping point to reflect upon what I’ve created. 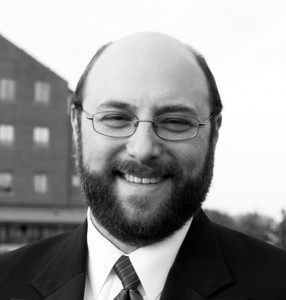 Steven H Silberg is an image-influenced, material-based, process-oriented, cross-media artist with a background ranging  from photography to book conservation. Working in image, video, and interactive installation, he engages each medium as a literalist. For him, the structure and process leading to the image is as important as the composition and content. By highlighting the construction of the image, Silberg allows his viewers to both engage the work aesthetically and engage with the technology creating it. Created in Baltimore, his work has been enjoyed regionally, at venues including Baltimore’s ArtScape, the University of Maryland, and the Delaware Center for the Contemporary Arts; nationally, at the University of Texas, Dallas, Missouri State University and Orange Coast College in California; and internationally at the Third Beijing International New Media Arts Exhibition and Symposium. Silberg was selected as the winner of the Washington Post’s 2010 Real Art DC competition and the 2014 IMPRINT artist by Maryland Art Place. Silberg received his MFA from MICA in 2004 and his BFA from the University of Delaware in 1997. He teaches Foundations courses in Photography, Video, & Digital & Electronic media at UMBC, MICA, and Howard Community College. More of Silberg’s work may be viewed at http://www.stevenhsilberg.com.