Flowers, Fruit, and Fatality: Death and Decay is Super Natural by Christine Slobogin

“What is natural?” is the intriguing inquiry surrounding the National Museum of Women in the Arts summer 2015 exhibition, Super Natural. This frustratingly broad question could be answered in a plethora of ways; the works of Rachel Ruysch and Sam Taylor-Johnson—purposefully displayed opposite of one another in the exhibition’s main room—answer this query pessimistically. Ruysch’s seventeenth-century still life painting and Taylor-Johnson’s 2001 video Still Life suggest that decay, death, and the passage of time are the most essential and inevitable processes in our natural environment.

Society has traditionally aligned women with nature because society tends to describe both as pretty, graceful, and demure. Many of the women artists in Super Natural, including Ruysch, challenge these characterizations. Instead, Ruysch and later artists chose to infuse their art with the scientific, strange, and abject elements of nature. Ruysch’s Roses, Convolvulus, Poppies, and Other Flowers in an Urn on a Stone Ledge seems to depict a thriving bouquet of flowers. Upon closer examination the arrangement contains fatal signs of decay.

The composition’s central pink rose wilts, showing the beginning stages of decomposition. Deep purple flowers, half-hidden at the rear of the bouquet, also droop. Their shadowy hue and sagging posture foreshadow the bleak future in store for their upright counterparts. Holes in the bouquet’s large green leaves also suggest impending deterioration. Even the still life’s title reminds viewers that these natural organisms will not last forever. The bouquet stands in an urn, which sits upon a stone ledge—neither setting encourages growth or life. These subtle elements allude to the passage of time and the subsequent demise of the plants.

While Ruysch’s painting subtly refers to decomposition, Taylor-Johnson’s video shines a spotlight on the process. In Still Life, a plate of fruit disintegrates over several weeks. The time-lapse video compresses the natural breakdown to just over three minutes. As the decay progresses, the fruits seem to exhale their final breaths slowly, collapsing into an unrecognizable pile of rot. The lump of the decay contrasts starkly with the pristine ballpoint pen lying next to it, which has remained unchanged throughout the video. Like Ruysch, Taylor-Johnson does not shy away from the foul qualities of natural decay. Unlike Ruysch, Taylor-Johnson has access to modern resources and technology that allow her to depict decomposition over an extended period of time.

Even without Taylor-Johnson’s technology, Ruysch does a masterful job of alluding to the unavoidable fate of her flowers. Both artists imbue their portraits of nature with the most natural life process of all: death. Both artists break the centuries-long stereotype that women artists were only fit to depict the feminine and flowery aspects of nature. These women instead focused on the disgusting, the depressing, and the decaying. The National Museum of Women in the Arts bills Super Natural as an exhibition that inspects female artists’ historical and contemporary connection with nature, but the show ends up exploring a much more universal relationship. Ruysch’s and Taylor-Johnson’s still lifes, as well as the other works by Audrey Niffenegger, Janaina Tschäpe, Maria Sibylla Merian, and Maggie Foskett, examine the ways in which all life—human or otherwise—is destined for the same fate, and each artist in their variant styles gives “death” as the simple yet poignant answer to “What is natural?” 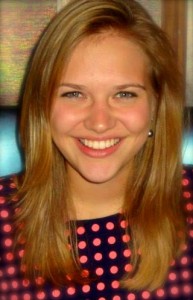 Christine Slobogin is a senior at Georgetown University majoring in Art History and English. She has previously interned at the National Endowment for the Arts, Exhibits Development Group, and The National Museum of Women in the Arts, where she wrote for the blog Broad Strokes. Christine hopes to pursue a PhD in Art History after graduating Georgetown.

Featured image in this post is detail from “Roses, Convolvulus, Poppies and other flowers in an Urn on a Stone Ledge” by Rachel Ruysch