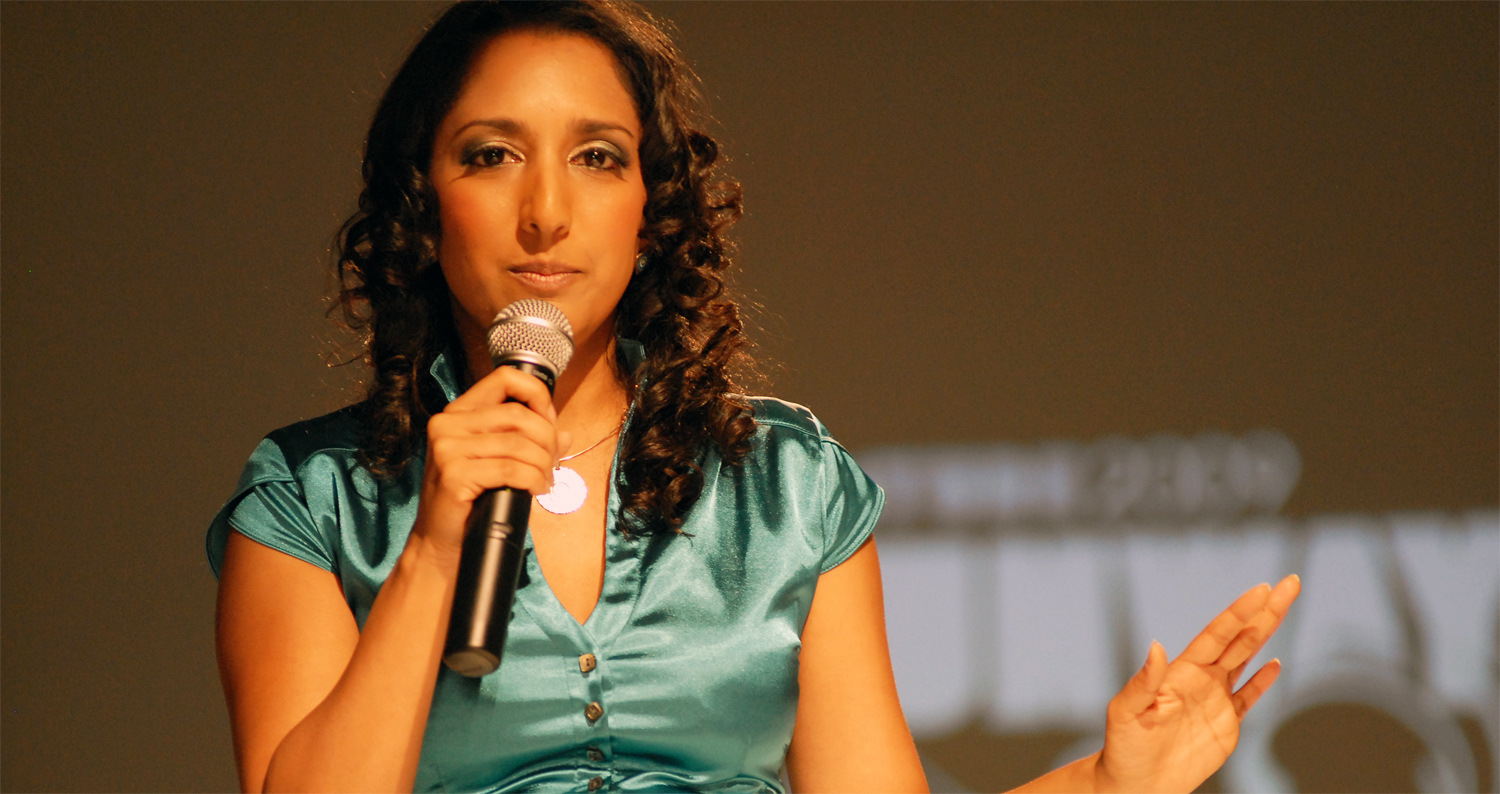 “I shook his hand and then someone behind me pushed me so I kind of ended up in his man boobs — this was big Bill Clinton — and I got sort of squished in there,”

Lakshminarayanan explains. “I had to wriggle myself out.”

Her refreshing, hilarious outlook on life is clear in this tale, which she chose to share at one of the Moth’s StorySLAM events. Lakshminarayanan responded to the theme of “office” by delving into her neurotic obsession with Clinton and how she never had the chance to connect with him the three times they met. Each encounter was either too awkwardly close for comfort, too brief, or too embarrassing (and was further punctuated by the provocative bachelorette party outfit Lakshminarayanan was wearing).

The Clinton story is only a single aspect of Lakshminarayanan’s impressive résumé, which is generously dotted with storytelling emphasized by human connections, progressive standup comedy, and funny-yet-poignant explorations of the struggles of being a nerd. And yes, her two degrees from MIT and her stints in management consulting and the venture-capital world might have something to do with it as well.

One of Lakshminarayanan’s current projects, a show titled Nerd Nation (its next showing is Friday at Alameda’s Pacific Pinball Museum — an aptly geeky venue), explores the trials and tribulations of being nerdy in a country whose culture values following the Kardashians rather than Neil deGrasse Tyson. “We’re like, ‘I don’t know that dude. Does he have women on his show? Are they hot?'”

Lakshminarayanan described it as “self-imposed anti-intellectualism.”

Nerd Nation, a work in progress, examines what’s happening in nerd culture. First, by highlighting a phenomenon she calls “boobs and boys,” Lakshminarayanan explains how adolescents are bullied for being smart. “It’s really sad because girls stop being interested in math and science either for social reasons or for boy reasons or they’re getting boobs and they feel weird,” she says. “They’re like, ‘Oh, I see pictures of scientists and they look nerdy and stupid,’ and I’m like, ‘No, girl, we can have heels and wear lipstick!'”

At the same time, Lakshminarayanan has noticed how, in spite of the pervasive “anti-nerdism,” people embrace sartorial and tech aspects of nerd culture. “If you look at the Mission, everyone is wearing nerd clothes and hipster glasses,” Lakshminarayanan muses. “I’m like, ‘You don’t have the cred to be a nerd. You didn’t get bullied. You’re not studying some outdated language like German. You’re not a real nerd.'”

Tech-hipster nerds are also shaping culture — for better and worse — like never before. The words “gentrification” and “San Francisco” in the same sentence may sound like a broken record to some people, but Lakshminarayanan spices up the discussion by borrowing the mantra of “diversify your portfolio” from her former investor days. Lakshminarayanan thinks “a diverse portfolio for San Francisco keeps [it] a viable, vibrant, self-sufficient city.”

“You don’t just want tech people,” she says. “You want public policy people, nonprofit people. You want artists.” She emphasizes how important it is to avoid pitting tech nerds against artists.

“I’m kind of both,” she admits. “I’d like people to come together and support each other. Tech nerds, come and watch comedy. Come and have conversations with people of color. Artists, go perform at Twitter. See what it’s like. Make fun of them.”

When Lakshminarayanan makes fun of someone or something in her stand-up act, she avoids profanity, figuring raunchy jokes might make audience members focus on how “a petite, kind of innocent-looking girl [has] a dirty mouth.”

Lakshminarayanan has heard far too many comedians punch down at women when they throw the phrase “bitch, please” into their acts for cheap laughs. “What if you took those two words out of your act? Would you still be as strong as a comedian? I would never want someone leaving my show thinking it’s okay to hurt people actively with humor. That’s why I try, as much as possible, to draw light to something and punch up rather than down.”

The Ku Klux Klan once rallied outside of the library in Birmingham, Ala — Lakshminarayanan’s hometown — and she compared this to offensive jokes.

“Sometimes comedians want to do material for the sake of being ‘edgy,'” she says. “Freedom of speech — do it, but what are you creating in society? Are you creating understanding, togetherness, and laughter?”

As for the Klan, Lakshminarayanan wasn’t fazed. “If you make it a big deal and you act afraid of them, you give them power,” she explains. “But think about it. They’re in weird costumes, they can’t really see. I’m surprised that they’re still able to walk in a straight line. If they’re going to impose racism on others, they should at least have their body free. I mean, do some kinesthetics!” 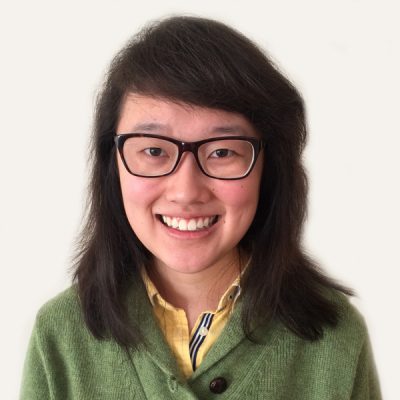 Amy Char is a junior studying government and German at Georgetown University. Originally from San Francisco, she has written for the San Francisco Bay Guardian, one of the city’s alternative weekly newspapers. Her work has also appeared in Georgetown’s newspaper of record, The Hoya, and on WGTB Georgetown Radio’s music blog, The Rotation. She will be studying abroad at the Humboldt University of Berlin next semester.