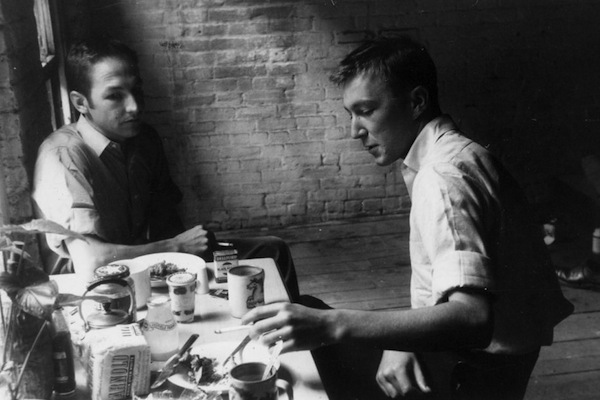 The Museum of Modern Art currently has on display a wonderful, compact installation titled simply “Johns and Rauschenberg.” Featuring art culled from the museum’s permanent collection, “Johns and Rauschenberg” focuses on works painted by each artist during the mid to late 1950s, using Robert Rauschenberg’s recently acquired Canyon as a centerpiece. The introductory placard describes the two artists as being “in dialogue with one another,” explaining how their works from this period led the way “beyond Abstract Expressionism” and toward Pop Art. At the heart of the installation is the relationship between the two men, an intensely collaborative yet highly competitive connection which pushed each artist toward his own artistic triumph.

It’s a nice narrative, as far as it goes. But it doesn’t go nearly far enough. Rauschenberg and Jasper Johns were lovers during this six-year period of collaboration, and their relationship had a profound impact on their art. For years, the art world ignored this vital component of the Johns/ Rauschenberg story, while the artists themselves kept mum on the matter. But 2010’s exhibition Hide/Seek at the National Portrait Gallery broke the silence, openly exploring the artists’ sexuality as it intersected with their work—the first ever gay-themed exhibition at a major American museum. That was over two years ago. Now, in 2013, MoMA is sending Johns and Rauschenberg back into the closet.

This is puzzling. Were MoMA a publicly funded museum, it might be concerned about offending its state patrons—that concern may sound very 1999, but the censorship issue reared its head again during Hide/Seek’s run, when Congressional Republicans threatened to cut the National Portrait Gallery’s funding over a gay-themed, allegedly “blasphemous” work of art. (The museum quickly removed the offending piece.) MoMA, however, is privately funded, and accepts no government cash. So why the dodge on Johns and Rauschenberg?

Most likely because art museums, even seemingly progressive ones like MoMA, remain more closeted than you might think. Textbooks and survey courses have only recently begun examining this dimension of art history, even though it is a fundamental aspect of movements like Pop Art. And while queer theory has allowed art historians and critics to incorporate artists’ sexuality into interpretation of their works, orientation is rarely noted in museums. (The MoMA’s profile of gay icon Andy Warhol fails to mention that he was gay.)

Sometimes that’s fine—most of Warhol’s work, for instance, does not merit mention of his sexuality (though leaving it out of his bio altogether is a bit much). But in the case of Johns and Rauschenberg, ignoring orientation amounts to curatorial malpractice. As the curator ofHide/ Seek Jonathan Katz explains, Rauschenberg’s guilt and turmoil over their relationship is explored in some of his greatest works, including Canto XIV. Johns’ work In Memory of My Feelings – Frank O’Hara is an obvious eulogy for the relationship. The title is a reference to a poem by O’Hara, who was himself gay, which begins:

My quietness has a man in it, he is transparent
and he carries me quietly, like a gondola, through the streets.
He has several likenesses, like stars and years, like numerals.

The painting contains one of Johns’ famous Americans flags reversed and coated in thick, dark paint, occluding the iconic image with gloomy tones. Johns painted his first American flag soon after meeting Rauschenberg, and completed In Memory during their break-up. Accordingly, the piece is often interpreted as an illustration of a relationship tarnished, smothered, and increasingly obscured by the passage of time.

While those two works are not on display in “Johns and Rauschenberg,” several of the installation’s paintings could be rewardingly subjected to similar analysis. MoMA gives us no such gifts, though, skating over the true nature of the two men’s relationship and, at one point, actively denying it, really, by referring to Johns as Rauschenberg’s “friend.” Issues of offensiveness aside—gay people have fought for decades to have their partners recognized as more than mere “friends”—such bowdlerization is intellectually dissatisfying. Even a brief reference to the artists’ sexuality could clue savvy viewers into keener investigation of these droll, elliptical works—or, even better, complete the installation’s narrative. MoMA tells us that Johns’ and Rauschenberg’s collaboration led them away from abstract expressionism, but it fails to explain how they discovered Pop Art. That genre, birthed by these two artistic giants, was built upon rejection of societal norms including hyper-masculinity and heternormativity. Its gay dimension was present from its genesis, yet a casual visitor to “Johns and Rauschenberg” might think Pop Art merely sprung out of two buddies’ wacky experiments.

In an attempt to justify this re-closing of the artistic closet, MoMA’s press office first informed me that Johns and Rauschenberg “wish to be described” as just friends. (Rauschenberg died in 2008; Johns is 82.) When I asked whether the artists specifically requested such a label, the museum’s representative walked back the claim, instead stating that they “have been referred to that way [as friends, that is] historically,” but the rep would not say whether the artists themselves insisted on the “friends” phrasing. Neither would the Robert Rauschenberg Foundation, which officially had “no reply” to the question, or the Matthew Marks Gallery, Johns’ dealer, which failed to respond to repeated inquiries.

The artists’ preference, whatever it may be, is hardly the only factor to consider here. Museums have a responsibility to acknowledge and consider the sexuality of artists in their collections when it is relevant to the work they are displaying. That’s the real tragedy of “Johns and Rauschenberg”: not that it puts gay artists in the closet, but that it keeps viewers in the dark. 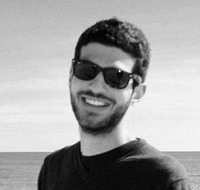 Mark Joseph Stern is a graduate of Georgetown University, where he double majored in History and Art History. During his time at Georgetown, Mark was a frequent contributor to Slate Magazine. His work has also appeared in the Wall Street Journal and the Denver Post. Next year, Mark will be attending law school at the Georgetown University Law Center.