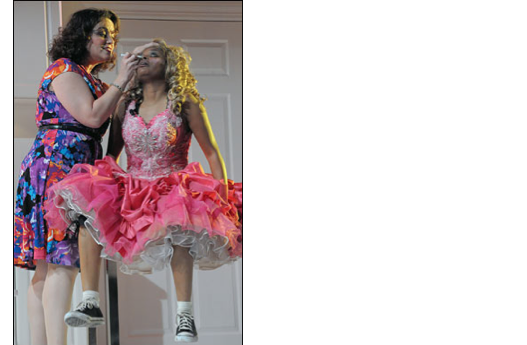 Rob Bettmann wrote about “Racial Stunt Casting” as reported by Erin Perry in the Washington City Paper. An excerpt:

“Erin Petty wrote an article for the City Paper November 18, 2010 titled, Color Theory: Racial Stunt-Casting on D.C. Stages, or Is It Just “Nontraditional?” After reviewing a few examples, she writes, “actors weren’t just cast because they were great for the role, but also because the director had something to say”, and the color of the actor helped the director make the statement. Petty goes on to explore the casting of a black woman in the JonBenet Ramsey role in the Woolly Show House of Gold. In talking about House of Gold with my friend Emily (who attended with me) we discussed how the directors made choices to bring a slight remove from the extreme creepiness, and that the color of Ramsey’s character was one of those things. 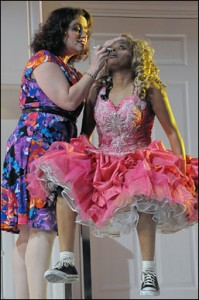 The character on stage declaims that she is white, but the audience sees the actor is black. This relieves the viewer: we are in a fiction world – the world of theater. The action of the play is overwhelmingly disturbing, and this affect — stunt-casting, perhaps — actually is what makes the action congestible….”

Click here to read the entire post, which goes on to consider how audience/director preferences are implicated in casting decisions and discrimination. Click here to read the article by Erin Petty which inspired Bettmann’s post. Image in this post is from Petty’s post, and the production House of Gold at the Woolly Mammoth Theatre.