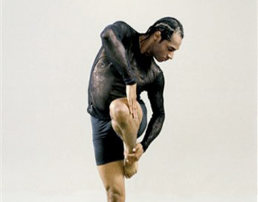 I often say that dance chose me and that I didn’t choose it. From as early as I can remember I knew that dance was going to occupy a big space in my life. In fact, I knew that it was going to be the center of my life. By the time I began the college phase of my education, in upstate New York, I was well on my way to finding the path that would allow me to fulfill that commitment.

While at SUNY/Brockport I found myself seeking information on how to start a company, and considering what city might be its home. What I knew for sure was that I wanted to be close to New York City, Philadelphia, and Boston. I also wanted to be somewhere that was urban – lively and filled with art, but with room for grass roots organizations to emerge. This is how I landed in Washington D. C.

I arrived in 1995, excited and ready to explore. My final decision to move to the District was extremely spontaneous. I arrived in the area with no job, a temporary place to stay, a ten-foot U-haul full of stuff, $500, and a dream. Some basic knowledge about the dance scene as a result of doing research and making connections with artists and culturally connected folks gave me a small sense of security. DC seemed to be the perfect place for me, if there is a location that can be considered a perfect place.

From the start it was clear to me that I had made a wise decision in choosing to move to DC. I walked away from many conversations feeling that this was indeed a place where one could take chances, go out on a limb to try something new and different — a place where new ideas could be developed and nurtured without overpowering competition and judgment. I feel that this thought may very well be one of the city’s greatest attractions to both emerging and established artists. For many years, DC has been a fertile ground for dance artists to put ideas to the test, to train, to discover their voices, to create, and to perform—all the ingredients necessary to building a lively dance community.

Yet, within a short period of time of living in DC, I found myself questioning whether or not I wanted to stay in the area. Should I pack my things back into a U-Haul before getting too settled and go to New York City? What is strange about this question is that I remember it not entirely feeling foreign. I recall a couple of conversations prior to my move, one with an artist who had lived and worked in the area for over ten years, where it was said that many local dance artists find themselves easily enticed by the possibilities, growth, and success that may come from relocating out of the area. And, in some cases, they are encouraged to do just that—leave.

Not feeling like I knew enough about the area and its dance scene yet, I didn’t dwell long on why I was beginning to experience perhaps a change of heart. After all, I had just found my way into Dance Place, where I began meeting people, taking classes, and attending performances. (I think it’s the place that every dancer lands first when moving to DC.) I had also followed the lead of Kista Tucker, a friend and talented dance artist who I met while attending SUNY/Brockport, and made an in person connection with Naima Prevots, then the Chair of American University’s Dance Department. I wanted to learn more about the artists and companies based here. I wanted to discover and take classes at more of the dance centers. I wanted to get a sense of the kinds of works being created in DC. I was on a mission.

Twelve years later, I am still based in DC—fulfilling my life’s work as the Founder and Artistic Director of EDGEWORKS Dance Theater, a company I formed six years ago. On many levels I feel that DC has been good to me. I have gone through many stages of change and growth leading to some feelings of success. This, I believe, is also the case for the DC dance scene. What I find interesting, however, is that some of the questions that came to light when I first moved to the area remain the same — some exactly the same and some with a slight twist. Why are many dance artists still entertaining the idea of leaving the area? Why are others being faced with the question ‘why aren’t you in New York?’ Could this have something to do with the resources available to professional artists for the continuation of their training? Could it be because the area has a plethora of wonderfully talented dancers and performers but fewer choreographers? Could it be because DC simply does not have enough work available for all its artists?

At its best, our nation’s capital is a melting pot for high quality dance productions and artistry. The District is a major city for touring companies and projects. In addition, some local choreographers and companies have emerged who are creating elaborate and polished multimedia productions. In spite of this, the local dance scene seems to be fighting a “reputation” that we have embraced lower standards than other noted cities for dance such as New York City, Chicago, and San Francisco. This analysis concludes that our attitudes lead to end results with more artistic misses than hits, and perhaps downright mediocrity. Is there really a lower standard here? Could it be that this community is very forgiving, and so a lower standard exists? Or, could it be that audiences are being misinformed about the quality of work being created and presented by local artists and companies? Could it be about resources, including the central issue of funding?

It is obvious that many dance artists are finding creative ways to both live and work in Washington DC. Perhaps an indication of this is that one can generally find some kind of dance performance or event listed in area local papers on a weekly basis. It is also not uncommon to hear more frequently that a new dancer is moving into the area. Shifting that viewpoint however, the consensus seems to be that members of the community are in the midst of a tough and often continuous uphill battle of creating and producing work and not having enough opportunities to keep dancers working in the area. Through various conversations a conclusion could be drawn that many area companies, artistic directors, and choreographers are caught in an endless cycle of modifying, re-configuring, and almost being at the mercy of resources that never quite seem to be enough. But, then again, could there ever be enough resources available at a time when funding for the arts are being cut, and where it is becoming increasingly more challenging for artists to get their works produced?

A sign reflecting the evolution of DC’s dance scene is that organizations are forming and growing that are dedicated to nurturing local artists through offering resources, or support with accessing resources, and to bridging gaps by creating opportunities for mingling, networking, and honoring all that is taking place within the community. Some of these organizations include, but are not limited to Dance/Metro DC, American Dance Institute’s Arts Incubator Program in nearby Rockville MD, the Cultural Alliance of Greater Washington, and the Metro DC Dance Awards. Even more, through locally-based foundations (numbering few), the DC Commission on the Arts & Humanities, and new initiatives, funding resources have been uncovered to support the building of venues for dance training and presentations, and to support the development of organizations’ boards and administrations. Could these things become a solution to canceling out and changing the face of the DC dance scene’s “reputation”? Or, has this “reputation” been earned due to the belief that professional artists are not training here? Could this “reputation” affect the area’s gifted choreographers due to association?

Lacking no clear solutions, DC’s dance scene is nevertheless changing. It has become home to some really talented, gifted, and determined artists who are proving the long-lived reputation wrong. They are thinking outside of the box. They are following instincts that have led them to challenge what has been perceived the norm. They are creating new standards, and pushing the bar of expectations. In this same vain, although slowly, it appears that some members of the dance community are figuring out how to join forces to develop supportive infrastructures, and to raise the awareness of the art form, therefore building larger, more diverse, and more educated audiences.

While I have personally been faced with the question, more than once, why am I not in New York City, I remain convinced that DC can be a viable place for dance artists to live and work. It is not easy, and it can become incredibly frustrating at times, but changes are currently taking place. These changes are creating room to ask new questions and investigate perhaps what were once hidden possibilities.

It is almost hard to have any doubts regarding dance not thriving and growing in the DC-metropolitan area. Make no mistake—the dance scene is being redefined by the artists presently doing work in the area. However this is not to say that there are no bumps in the road. There are many. Dance in our nation’s capital is cycling through one of its more exciting periods. 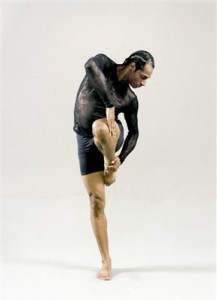 Helanius J. Wilkins, a native of Lafayette LA, is an award winning choreographer, performance artist, and instructor based in Washington DC. He is the founder and artistic director of EDGEWORKS Dance Theater, DC’s first-ever all male contemporary dance company of predominately African-American men. He is the first artist to be a two time recipient of the prestigious John F. Kennedy Center for the Performing Arts Local Dance Commissioning Project award, an award he received in 2006 and 2002. He also received the 2001 Metro DC Dance “Emerging Choreographer” award. In addition to performing the works of several choreographers, he has enjoyed creating, presenting, and receiving commissions for choreography throughout the United States. His choreography has been commissioned and included in the repertories of the Instruments of Movement (Chicago), Slippery Rock University (Pennsylvania), Dance Institute of Washington (District of Columbia), Oakland Dance Theatre Repertory Company (Michigan), and Stephens College (Missouri), where he was selected as the Emerging Choreographer for Summer Festival 2001. Foundations and organizations including The Meredith Foundation, Regional Arts Commission, DC Commission on the Arts and Humanities, and the National Endowment for the Arts have supported Wilkins’ work. Wilkins is a much sought-after instructor who teaches professional and pre-professional dancers, as well as students of various ages and levels of skill. He has served as an adjudicator and master teacher at American College Dance Festivals in 2004, 2005, and 2007. He is currently on faculty at Joy of Motion Dance Center. He most recently completed an artist residency at the University of Maryland Baltimore County (UMBC).