An Open Letter to Rob Bettmann by Loren Ludwig 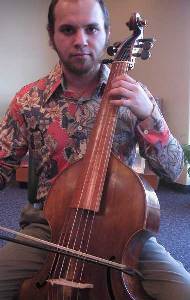 We’ve been ’round and ’round about this, my friend, but I’d like to put my side of our dialogue down on paper, where we can see it and where, perhaps, it’ll seem more convincing.

There it is. Technique, by which I mean the set of skills with which a person orients herself and upon which she draws in the performance of an expressive act, always embodies and expresses a certain relationship to the world. This relationship may or may not be compatible with the creative intentions of, say, the dancer that employs the technique, but the technical vocabulary itself always bears its own meaning alongside the expressive utterance it is used to convey.

That is why some techniques are better suited than others to express certain specific ideas or to traverse certain expressive terrain. The most successful pairings of technical vocabularies with expressive content come about when the former bursts forth from the imperatives of the latter. Punk and bebop both exhibited this explosive development of a technical vocabulary as a creative response to social and political ferment. Something new had to be said, and a language was forged to say it.

But the processes of their creation also indelibly marked those techniques. Charlie Parker’s heroin-fueled conflagrations, or Bad Brains’ walls of noise, wouldn’t work to express, say, Joni Mitchell’s countercultural yearnings, or the swaggering Afrocentricity of funk.

That technique is ideological is not in and of itself problematic. Every human practice or body of knowledge can be argued to be expressive of some ideology, to encode certain relationships to the world in which it develops. In fact, it is only because technique is a vector of ideology that art can do the cultural work which we depend on it to do.

You claim that the ballet technique which you continue to work so hard to acquire is ideologically neutral. That good ballet technique simply allows a dancer to make a wider range of expressive choices than, perhaps, other techniques. That ballet technique is a strong foundation upon which any expressive edifice can be securely built. Further, you argue that ballet is constantly evolving in response to the changing expressive demands of its practitioners.

If you’ve followed my argument this far, you will see why I disagree with these statements. Ballet was created in response to specific historical and social imperatives. It is a technical vocabulary that encodes very particular ideologies about the body, about an individual’s relationship to other individuals, about the relationship between performers and the audience, about gender, and about the nature of time and space and man’s place in them. To those committed to the claim that ballet technique is ideologically neutral, and simply constitutes ‘good physical training’, this may sound critical, but that is not the spirit in which I write it (isn’t it funny, though, how the central myth of the Classical arts is their ‘naturalness’, their absence of ideology).*

So, if I claim to be unconcerned with the fact that ballet technique is ideological (aside from the simple assertion that it is, in fact, ideological), and I claim to withhold judgment about what I understand to be the content of its ideology, why go to all this trouble?

Because I perceive a dissonance between your expressive intentions as I see them and the language you’ve chosen to articulate them. You seem to have become so convinced that ballet is a vocabulary that you must first master in order to say anything that you have allowed it to dictate what it is you wish to say. My remedy is to try to convince you that ballet, like punk or bebop, can only effectively say certain things, and that those things are not really the things that you want to say. Find yourself a language that suits you better, as a person, as a mover, and as a creator. Don’t fetishize a technique that will only, in the end, prove incompatible with your creative intentions even as it silently subjugates those intentions to its own.

* Brief disclaimer: I am aware that meanings change over time, and that different people make different meanings from the technical resources available to them. Camp is a classic example of these processes. Nonetheless, a residue of the original ideology always remains. This is true in ballet particularly, especially considering the ‘high-culture’ use to which most modern audiences (and, arguably, dancers) still put the form.

Loren Ludwig is currently completing his PhD in Music History at UVA, focusing on 17th Century Consort Music, and Hip-Hop. He performs nationally and internationally on the Viola da Gamba, and is on faculty at the Amherst Early Music Festival.

originally published in the Focus Section on “Technique”, Bourgeon Vol. 2 #3